Eagles Flyers Phillies Sixers About Us Write For Us
Should Phillies Fans Worry About Chase Utley?
Phillies Beat the Yankees 5-4 in Pre-Season Opener

Madoff and the Mets: New York Mets are Being Bailed Out by Baseball

The Mets' money problems from the Bernie Madoff ponzi schedule scandal are well-documented.  But according to The New York Times, the Mets have resorted to borrowing cash from Major League Baseball:

This bodes well for the Phillies in the short-term, but the long-term could be another story.

Recently, the Mets were trying to sell 25% ownership in the team, with the current ownership maintaining control of team operations.  Baseball analysts felt that this was due to a pending lawsuit to recover funds for victims of the ponzi scheme.

While no judgment has been reached in that particular case, this could be a sign that the current Mets current ownership may come to an end.  Those who publicly expressed interest in buying into ownership of the Mets were interested only with some control of the club.  The Wilpon family may have no choice but to sell the Mets outright. 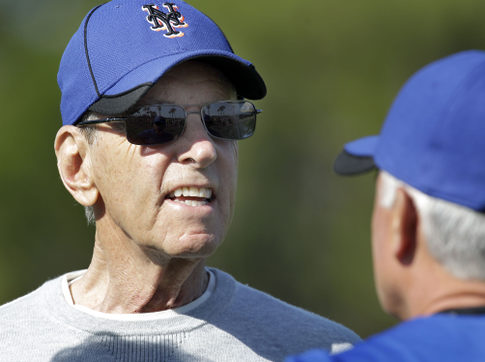 The Mets have many high-priced players on their roster that are no longer productive, including Luis Castillo, Francisco Rodriguez, Oliver Perez, and Jason Bay.  The only high-priced player on the Mets roster that would be attractive in a trade is all-star third baseman David Wright, whom is the only real positive face of the franchise right now.

As long as the Mets' roster is clogged with high-priced aged talent, the Phillies should be in good shape.  However, no new owner would be satisfied with the status quo and would be prepared to spend to improve the team.