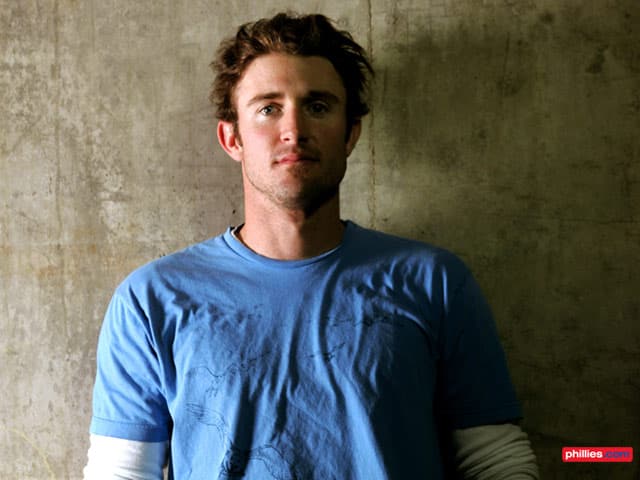 It’s a slow Friday in the Phillies universe, so why not talk about one of the more head scratching issues going on right now? I know Spring Training 2011 is only two weeks old, but should we be worried about the long term health of fan favorite, Chase Utley?

Dave Murphy, writer for philly.com and The Daily News has reported that Chase is not in the lineup for tomorrow’s 1:05 spring training game against the New York (Booooo!) Yankees. He was also left out of yesterday’s preseason opener against Florida State because of what Charlie Manual calls “routine soreness.”

Routine soreness? Two weeks into spring? Am I the only one that is even slightly worried about Chase’s health, or did he just overdo it in the gym and will he maybe take it easy moving forward? He’s an annual all-star, a great team leader who leads by example, and more importantly our #3 hitter in a lineup that already has more questions than we’re used to.

We all know Chase is the kind of guy who prides himself on staying in great playing shape, so hearing he has “routine soreness” already raises an eyebrow. Maybe it’s the franchise’s history of downplaying significant injuries that has me wondering.

I’m not saying that our excitement for this upcoming season should be curbed at all, but Utley’s health is definitely something we should monitor. We’re all aware of what this guy can do when healthy, and this team’s success is counting on his production.

Here’s hoping that the face of the franchise is in the lineup for Sunday’s game so that we can put any worrying to rest.

What do you make of this?