Eagles Flyers Phillies Sixers About Us Write For Us
Jayson Werth Hates the Phillies, His Life, and Yo Mama Too
Philadelphia Phillies Jersey Numerology: Cliff Lee, Roy Halladay, and that #34 Stuck in Our Closets

All of the games above are home games slated to be started by Joseph Matthew Blanton. Sure there will be rainouts, injuries and skipped starts, which will of course deem the above list useless, but for now those dates are recorded with a light shade of pencil.

While any real fan is just happy to be at the ballpark, there is no denying that the real thrill this season will be heading to C.B.P. to watch one of the Phour Aces in action. You should expect a playoff atmosphere (sans rally towels) in the air every time Roy, Cliff, Roy, or Cole takes the mound. Unfortunately, like any double date intruded on by that friend who has no luck with the ladies, Joe Blanton is the 5th wheel.

With all due respect, Joe Blanton just doesn’t bring the excitement that the others do. Joe is a big league pitcher with the talent to match, but he is a 3rd or 4th starter on most other teams. We’ll never forget his gutsy (see what I did there?) performance in Game 4 of the 2008 World Series, where he not only pitched well enough to get the win, but also clubbed one of the most unexpected homeruns in Phillies history.

Not before long, this post could be titled “Top 10 things to do at the ballpark when Kyle Kendrick pitches” ::shudder::

In the meantime, we poke fun at Blanton, well, because it feels really nice to have such amazing starting pitching. 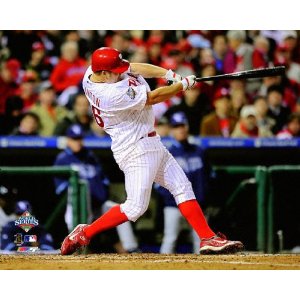 Hope your right about that, I read Amaro said Blanton's First Start would be April 7th, which is game 6, that would suck, since thats the day I"m going to the game....Its to early to skip over or realign the starting stuff as far as I am concered....

I just doubt that they would skip Blanton to go to Halladay that early in the season, though with the off day, it's possible. I'm singing the National Anthem on the 6th, so I hope it's Roy!

I really can't imagine they'd skip him in the 1st week of the season. Nothing says "You belong here with the 4 aces" quite like getting skipped out of your first start of the year. I'd be shocked.

I really can't imagine they'd skip him in the 1st week of the season. Nothing says "You belong here with the 4 aces" quite like getting skipped out of your first start of the year. I'd be shocked.

http://www.filmizled.com/film-izle/ I really can't imagine they'd skip him in the 1st week of the season. Nothing says "You belong here with the 4 aces" quite like getting skipped out of your first start of the year. I'd be shocked.