The following is the first of five pieces from Philliedelphia writers looking ahead to the 2011 season.   Some of them you will like; others you will not. 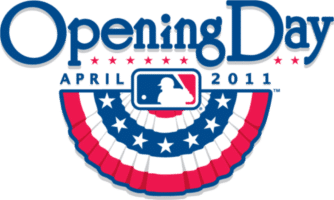 Throughout the week, the brain trust here at Philliedelphia will be posting our predictions for the upcoming 2011 season.  That’s right, the 2011 season is only days away so break out the charcoal grill, the bean bag toss (or “corn hole” if you prefer), and your favorite watered down, light beer and let’s celebrate the greatest week of the year.

Below are my predictions for the season.  Some are obvious and some are surprises.  What do they all have in common?  They were picked by someone who would hardly call himself a professional.  That being said, take a look and let me know in the comments section below if you agree or disagree. Come October, we can look back on these and see who has the bragging rights.

Divisional Round – Red Sox over Twins, Tigers over Rangers

Championship round – Red Sox over Tigers

Divisional Round – Phillies over Cardinals, Rockies over Braves

Championship round – Rockies over Phillies

Rockies over Red Sox in 7 games.

I think it’s easy to pick the Red Sox as the favorite to win it all.  And it’s just as easy to pick the Phils to make it back to the World Series, but I’ve just got a feeling that it is the Rockies’ year.  As much as it pains me to think that we’ll have to hear the awful expression “Rock-tober” over and over again, I think it can happen.  Their lineup is powered by Carlos Gonzalez and Troy Tulowitzki, who will just take MVP votes away from each other, allowing Ryan Howard to sneak in and steal the award.  Josh Johnson will win the Cy Young and people will finally know who he is.

(Actually, I think he’d look nice as our 5th starter.  Get on that, Rube.)

What do you think of my picks?  Let me know in the comments section below, if you dare.