Phillies Roy Oswalt Leaves the Game After Being Hit on Head 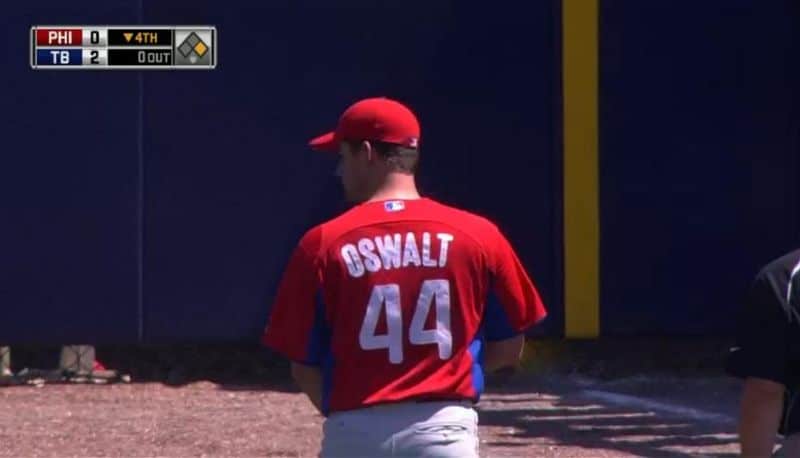 Roy Oswalt exited the game early when hit in the head by a line drive ball off the bat of Manny Ramirez.  All eight Phillies on the field sprinted toward Oswalt after the injury.

While it looked scary, Oswalt walked off of the field with Phillies trainer Mark Anderson by his own power (pictured above).

On the audio broadcast at MLB.com, Gary Matthews quipped, "I ain't no doctor, but I know one thing: if it was really serious they would have carried him off."

Oswalt was replaced by David Herndon.

UPDATE: Oswalt appears to be okay.   At 5:49 p.m. Jimmy Rollins seemed to indicate as such on his Facebook page, stating, "ooooh boy…ol'roy had a close call today! That is one tuff dude."