Ian Kennedy and the Diamondbacks Shut Out Phillies 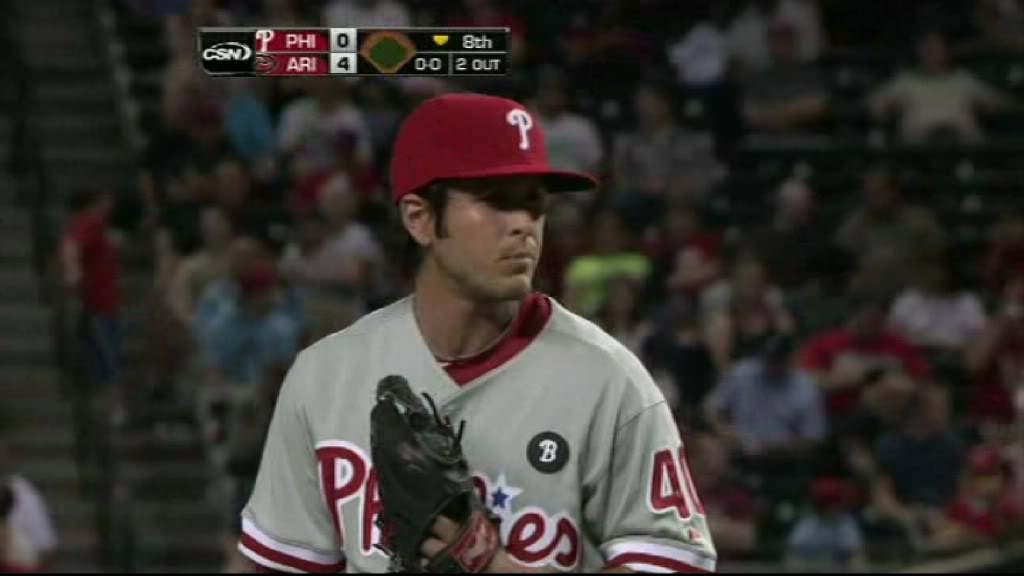 I don't know where to begin with this one. Cliff Lee was dominant, but gave up two home runs. The Phillies' defense was top-notch, but their offense was putrid.

I could have sworn that the Diamondbacks had the worst team ERA in baseball, but apparently Ian Kennedy was able to shut down the Phillies, the team with the best record in baseball. Nothing makes sense anymore.

Chris Young homered off of Cliff in the third inning to score Ryan Roberts and give the D-Backs a 2-0 lead. Phillies only had just one hit at that point, a wasted double hit by Polanco.

In the fifth inning, Gerardo Parra (I don't know who that is, either) homered to give the D-Backs a 3-0 lead. At that point, the Phillies had a grand total of three hits.

With Justin Upton on second base in the sixth inning, Xavier Nady singled and scored him. 4-0 Diamondback's. Still just three hits for the Phils.

Mike Stutes made his major league debut tonight, and pitched a 1-2-3 eighth inning, striking out one, and tossing only nine pitches.

The Phillies' offense just wasn't there tonight, and they were shut out for the second time this season. *facepalm*