It’s the One Year Anniversary of the Ryan Howard Deal. How’s it Looking for the Phillies Now? 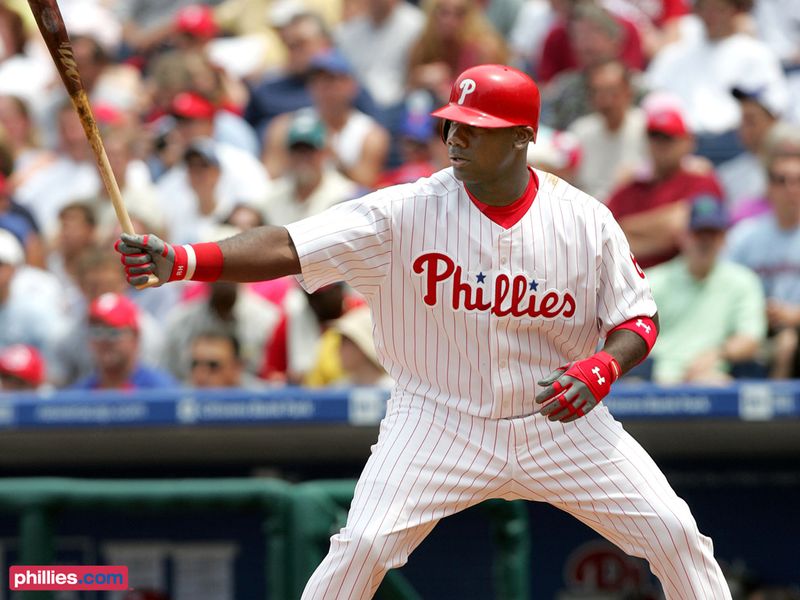 One year ago today, the Philadelphia Phillies signed Ryan Howard to the richest deal in club history by extending him for five years and $125 million.   I figured we would take a look at some of the reaction from a year ago and see just how that looks now.

ESPN's Buster Olney:
"Ryan Howard has locked his career in Philadelphia because the size of his new contract makes him almost untradeable."

NL Executive via ESPN's Jayson Stark:
"I can't figure out what the Phillies gain from this. Usually, when you extend a guy with two years left on his deal, you at least get some kind of discount. This guy's getting $25 million a year."

(The rest are through the help of MLBTraderumors.com who had a rundown here):

Rob Neyer (Now with SB Nation):
"A testament to old-school ignorance" and "a big bowl of wrong."

ESPN's Keith Law:
"An overpay in both years and dollars."

Yahoo's 'Duk on Big League Stew:
"…may be an overreaction to the Phillies making a mistake by not buying out a few of Howard's post-arbitration years at a cheaper rate, but playing the waiting game would have… Given Amaro time to see if Howard's skills decline… Allowed the Phillies more time to weigh and address other upcoming needs, like re-signing Jayson Werth."

SI's Jon Heyman:
"Good job by Phillies to sign superstar ryan howard to a 5-year contract extension" and "$125 million for 5 yrs is just about right for ryan howard, who seems to get richer and slimmer by the year"

Now that a year has passed, a lot has happened to make the Phillies look prudent in signing Howard to this deal.  Some of the key contracts since:

So, was it worth it?

Yes, for the following reasons:

1) Ryan Howard is, in my opinion, a superior player with a better track record than Adrian Gonzalez.  When you factor in that Howard's extension was after two years of a $20 million salary, the average annual value was not too much different. Ditto Teixeira; the Phillies already bought out post-arbitration years which would make the eight-year span cheaper for the Phillies than Teixeira was for the Yankees.

2) Would you rather have a Carl-Crawford-type player or a Ryan Howard-type player for $4.5 million more?  When you consider $4.5 million buys a mediocre middle reliever these days, I would spend the extra $4.5 million and have Ryan Howard.  K threw Jayson Werth in to show what the really good players are getting, and I do not think it is disrespect to say that Werth is not of superstar caliber such as Howard.

3) The Phillies have no need to worry about negotiating with Ryan Howard, and he will always be thought of as a Phillie first and foremost.  When all is said in done, no other player will wear #6, and Howard will be a Phillies legend.  If the Phillies did indeed lose Ryan Howard after this season and ended up with someone such as Prince Fielder, the Phillies could lose a life-long name who would stay faithful to the Phillies until death, such as greats such as Mike Schmidt and Robin Roberts have.  Howard is homegrown, and will always be a Phillie, even should he DH in the American League for a few years at his career's end.

4) Albert Pujols would have driven up the price.   It's very possible that Prince Fielder is the beneficiary of free agency next season, as the loser in the Pujols sweepstakes will have to almost settle for fielder.  While Milwaukee will not pursue either player, the Cardinals will hope to retain Albert Pujols, and a team such as Los Angeles with a new owner may want to make a significant splast to start their ownership of one of MLB's most storied franchises.  If, say, the Dodgers sign Albert Pujols to a ridiculous contract worth $300 million over 10 years, the Cardinals may feel forced to overpay for Prince Fielder to save face.  Having Howard in that equation would certainly drive his price up closer to what Pujols will get.

So, I believe just one year has proven that Jon Heyman's take was correct: Just about right in years in dollars.   In fact, the cost-certainty as salaries begin to inflate could prove the contract to be even more beneficial than "just right" for the Phillies.  In fact, the Phillies may have inspired the Brewers to do the same with Ryan Braun.  Well done, Phillies.