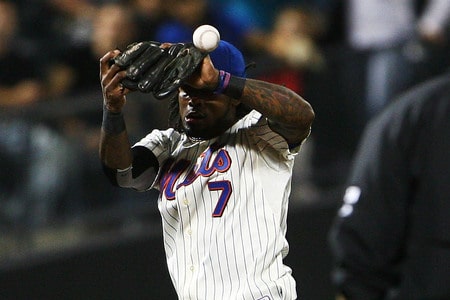 Despite relieving themselves of Luis Castillo and Oliver Perez, which many Mets fans believed would solve all of their problems, the Mets appear to be be on pace for quite an  "embarass-Mets" (not my phrase; the article uses it).

Using a new stat calculated by John Dewan of a company called Baseball Info Solutions called "defensive runs saved", the Mets are tied with the Cubs for dead last.

As Mark Simon of ESPNNewYork.com notes, the stat…

In a follow-up piece entitled, "Every Misplay an Adventure",  Simon has specific numbers about the Mets' performance so far: 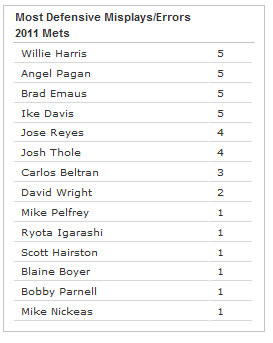