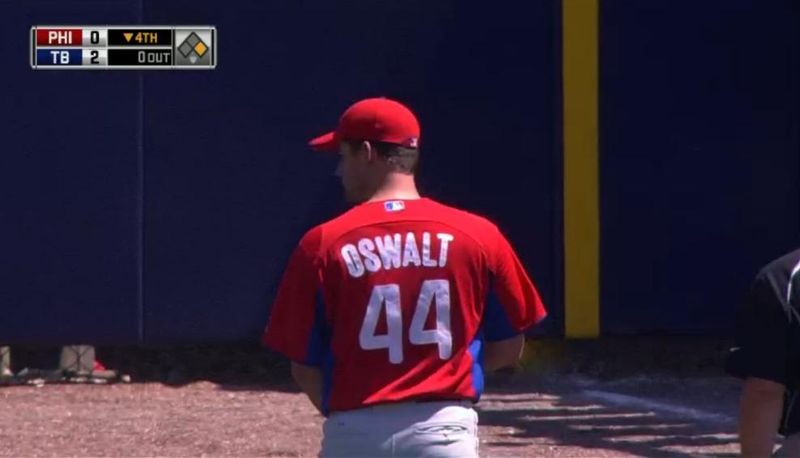 According to David Murphy of the Philadelphia Daily News, Phillies pitcher Roy Oswalt has left the team for "Personal reasons."

To this situation, Gelb adds,

"A Phillies official says Roy Oswalt has left the team for personal reasons. No expected return date. Oswalt was not removed from the game for those personal reasons. He was taken out by Manuel because of his ineffectiveness."

Let's hope this is nothing very serious and long-term.  Stay tuned.

An article on the Mississippi storm can be found here.   Almost a year ago to the day, a tornado destroyed Oswalt's childhood home.

UPDATE, 5:07 p.m.: Ruben Amaro released a statement confirming that Oswalt was responding to tornadic activity in Mississippi (via Examiner.com):

"There has been a tremendous amount of tornado activity near Roy’s home in Mississippi resulting in several tragic deaths and significant devastation to the area.  Because of this, Roy is concerned about his family’s well-being.  He has chosen to take time to make sure there wasn’t significant damage to his home, but more importantly, to make certain that his wife and children are okay."