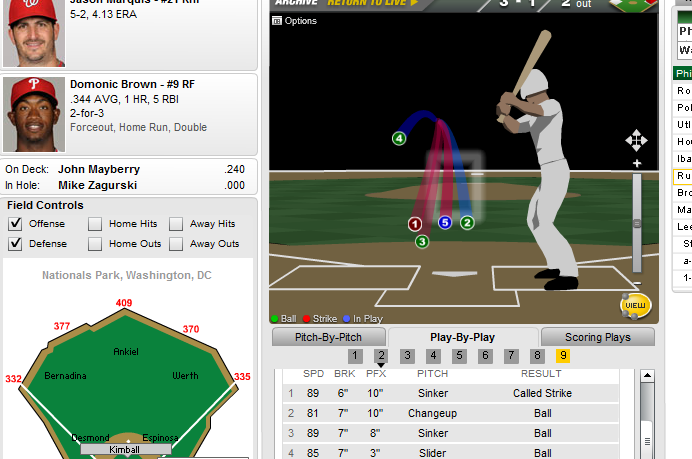 Nationals Pitcher, Jason Marquis was getting a way outside called strike throughout the game just like this one, however if you look below, Cliff Lee did not and it was in the same spot.

But in the meantime, I have found another Cliff Lee at bat during the Braves series.

and this one as well (look at the fourth pitch).

What about this one? 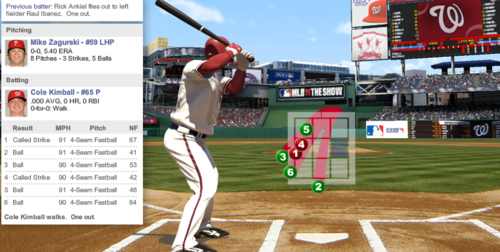 What is this? Seriously. The End.