A Look at Ugly Phillies Alternate Caps Throughout the Years (Update)

Uggh.  Again?  The Phillies once again are wearing their patriotic caps, a tradition that started in 2007 or so.   But, even prior to that the Phillies donned some pretty ugly caps, including ones that don't even match the uniform.

Here is a rundown of the caps that the team has worn since their current uniforms debuted in 1992.  "Turn back the clock night" caps do not count. 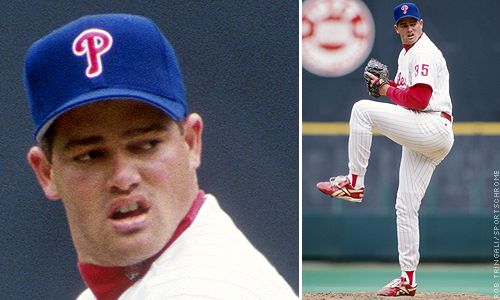 In 1994, the Phillies blue cap was introduced to be worn for home day games. It did not take long before the Phillies scrapped the blue caps, calling them bad luck.   My own personal conclusion is that the losses were more likely due to the fact people like Bobby Muñoz were pitching the games.

I guess this cap looked okay with these coats, but like the previous blue cap, there is very little blue in the uniform for with to look like it matches.  The team wore these for both patriotic holidays and for interleague games.  They were last seen in 2007, back when Kyle Kendrick was making his major league debut against the White Sox: 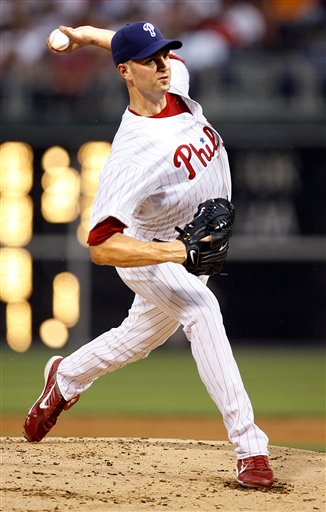 In 2008, Major League Baseball decided to make "Stars and Stripes" caps the standard wear for teams on July 4th and September 11th.  With each purchase, money went to charity (though they never disclosed just how much of that $35 went to charity, as noted here on Big League Stew).

What a great idea.  However, navy blue?  How about the blue that is in the American flag?  I do not think these hats matched any team's colors or uniforms. 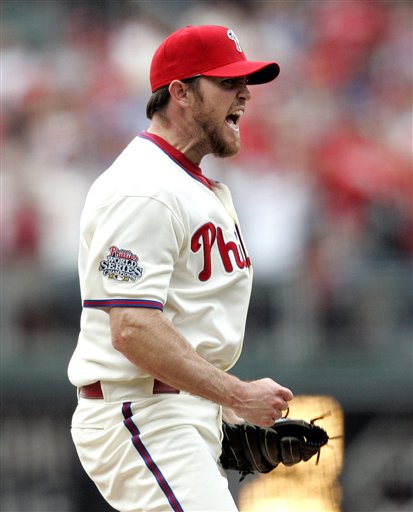 This was the one year I did not mind so much...because the Phillies actually wear Red.  They seemed to match nicely with the alternate jerseys on July 4th.   However, imagine if you were Milwaukee Brewers or Oakland Athletics having to wear red caps that absolutely did not match one bit?  They wore them... 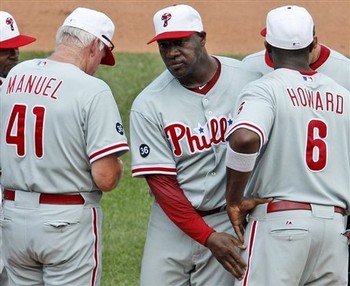 2010 finally let teams use their own colors to appear on the hat.   The hats universially were white on top, with the button and brim of the team's choosing.  Of course, with road greys, there is no white to be found on the jersey, but I think my mom said white matches everything...

Well, teams can use their colors, but the front panel of the hat is white.  I figure they are running out of ways to make it different than the year before.

UPDATE: On today's Phillies broadcast, Tom McCarthy said that one dollar of the now $36.99 retail price of these Stars and Stripes caps is going to charity.  ONE DOLLAR.

The official MLB listing does say, "MLB.com will donate ALL NET PROCEEDS to the WBV Fund for each cap sold" (Welcome Back Veterans fund).   So if McCarthy was accurate, i'm having trouble believing that these caps cost this much to make...

Too much focus on matching the jersey..the stars and stripes cap symbolizes the unity of a country and the pride we have in our veterans through this countries greatest past time