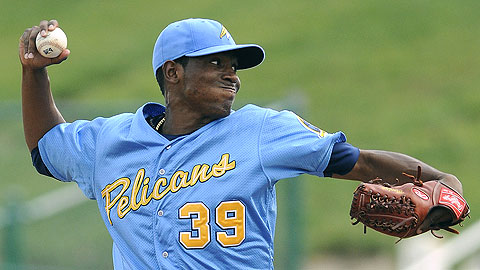 The Atlanta Braves announced that their top pitching prospect Julio Teheran will make a spot start on Saturday to face the Phillies.

Teheran has had much success this season at AAA Gwinnett, where he has given up six earned runs so far all season, giving him a 3-0 record and 1.80 ERA.

He will face the Phillies lineup and Kyle Kendrick, and likely be sent to the minor leagues.