Eagles Flyers Phillies Sixers About Us Write For Us
Phillies Score Three In the Ninth, Defeat Mets 6-4
Series Preview: Phils and Mets 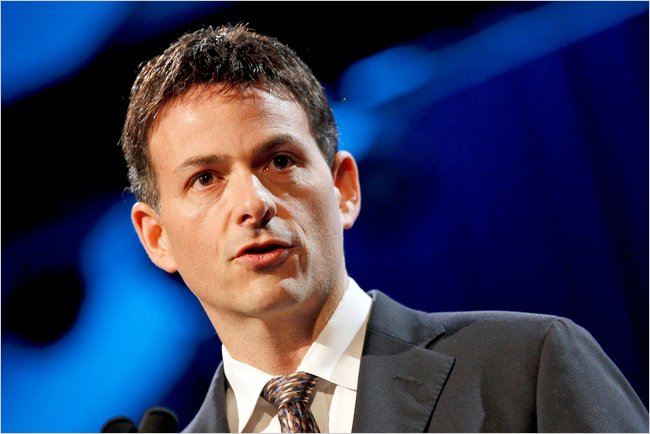 When the New York Mets announced they were looking for an "investor" who would kick in millions of dollars to be a minority owner of the team, I really wondered who would be willing to just kick in a whole bunch of money without having any say in team operations or get any state of the team's SNY cable network.

Well, they found someone, and his name is David Einhorn.

What is in the deal for Einhorn, who reportedly is sending $200 million the Mets' way? Well, it appears that Einhorn has an option to buy a majority stake in the team within three years.  The New York Times reports:

Einhorn is expected to receive a one-third share of the Mets, and potentially much more, in return for his investment. Einhorn will have the option in three years of raising his stake to 60 percent, effectively ending more than three decades of control of the team by the Wilpon family.

In the meantime, Einhorn gets what baseball broadcaster Seth Everett called  a "suite and a parking spot" on his "Stayin Hot with Seth and Bone" podcast this week.

Clearly, Einhorn has a personal desire to be a part of the New York Mets.  His cash will help the Mets pay their bills for the time being, since they are losing $70 million this year, according to the article.

Majority owner Fred Wilpon expects payroll to be cut.   In this piece by SI.com's Tom Verducci, Wilpon confesses that the payroll should be cut, though he thinks it will be high enough to remain competitive. However, how high can this be?  If the Mets are indeed losing $70 million each year, that $200 of Einhorn's will be gone quickly.

Absent from the Mets' offseason were big-name acquisitons, and present were Rule 5 pickups like Brad Emmaus and Pedro Beato.  Likely traded at the deadline will be Jose Reyes and Carlos Beltran.   Still on the payroll for next year are the expensive contracts of Johan Santana, David Wright, and Jason Bay, who may combine for half of the team payroll.

They are probably hoping beyond hope that someone will take Francisco Rodriguez off of their hands this year so his $17 million option does not vest.

In 2012 the Mets' lineup will continue to count on Daniel Murphy, Ike Davis, Josh Thole, Ruben Tejada, and whoeever ends up in right field.  Their pitching staff will still include the likes of Jon Niese and Mike Pelfrey.   There is just no money to add.

So, if this deal is approved by Major League Baseball, I would expect that Einhorn takes majority control of the team after this three-year period.   In the meantime, expect mediocrity for the Mets.

In other Mets news, Kevin Kernan of the New York Post has a piece about how David Wright would be a perfect fit for the Phillies.  Many thanks to @CrashburnAlley for pointing it out on Twitter earlier.