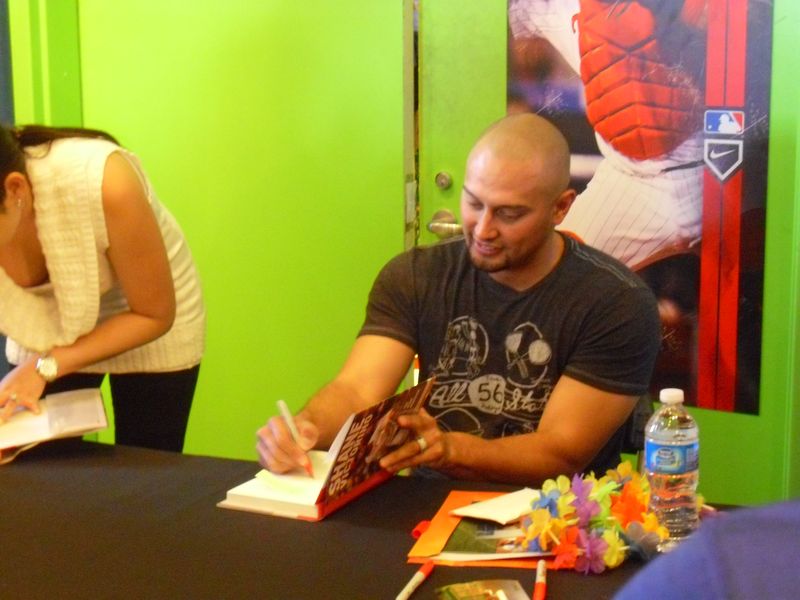 In this edition of "Insane For Shane", there's no need to talk about statistics, because Shane is going above and beyond off of the field to give back to the community.

The photo above was taken today during Shane's book signing, which was written by Alan Maimon. Both were there to sign copies. It was never established, but it is to my belief that the proceeds ($25 per book) went to the Shane Victorino Foundation.

Shane and his wife, Melissa, recently donated one million dollars to the Boys and Girls Club of Nicetown which desperately needed renovation. In return, the building will be named after Shane himself, and will be completed by mid-summer.

While waiting two hours in line today, I read the prologue of the book and was immediately hooked. Do yourself a favor and pick one up at Borders or Barnes and Noble.