Phillies Baseball is “Third or Fourth” on Roy Oswalt’s List 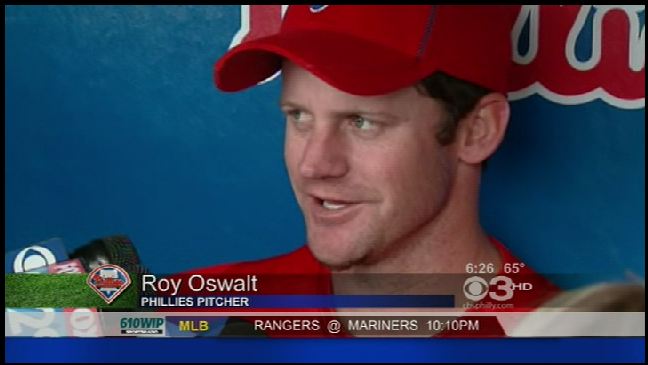 In an interview with reporters, Phillies pitcher Roy Oswalt spoke a little bit about what happened in his hometown of Weir, Mississippi, and his need to return home to tend to his family.   He described baseball as "third or fourth" on Oswalt's list, behind his family, aired on CBS3's 6:00 newscast.

As to when he will pitch again, Beasley Reece reports that Saturday is the target date, though Oswalt admitted he was "rusty" because he did not pitch the entire time he was away.  He did throw today at Citizens Bank Park

As to when Oswalt will pitch, pitching coach Rich Dubee told Philled In's David Hale that “He looked OK…Was a little rusty, but fine.”