Phillies Drop Another In St. Louis 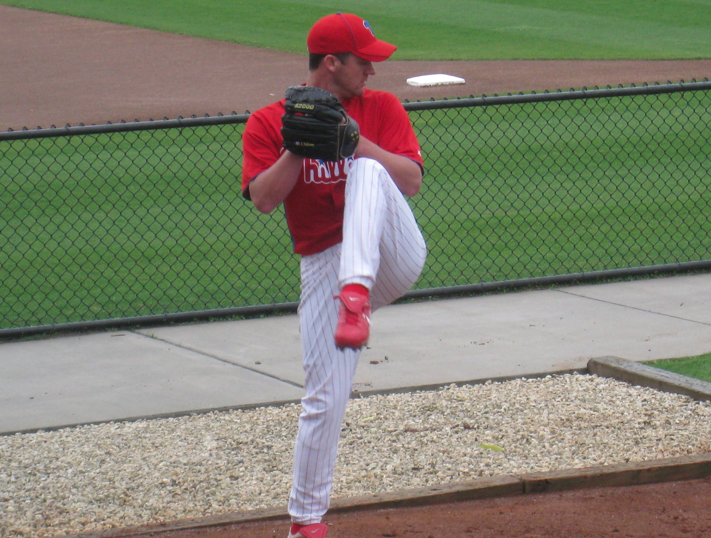 With the game tied at one in the bottom of the ninth, Charlie Manuel called on Danys Baez to pitch to the top of the Cardinals order and extend the game to extra innings. Baez promptly allowed back to back to back singles to Ryan Theriot, John Jay, and Albert Pujols to load the bases with no outs. After retiring Matt Holliday on a groundout to short, J.C. Romero was brought into the game to force Lance Berkman to bat right-handed. Berkman deposited the first pitch he saw, a fastball, over Michael Martinez's head in center field to win the game.

The Phillies offense was again stagnant, only scoring one unearned run. In the top of the eighth, with the Phillies down 1-0, Tyler Greene dropped a Jimmy Rollins' pop-up at second base in Castillo-like fashion. Rollins went first-to-third when Martinez singled to right-center, and then scored on a Placido Polanco sac-fly to temporarily knot the score.

Roy Oswalt pitched a solid game in his return to the rotation, allowing only one run in five innings. His command and fastball velocity was much improved from his rehab game in Clearwater last Thursday. He was on a pitch count, which limited Oswalt from going deeper into the game.

Michael Stutes was called on to pitch the top of the sixth, but departed after only three pitches due to a "right side strain." The injuries keep piling up for the Phillies, who already lost Shane Victorino and Brian Schneider on this road trip.

The offensive production for the Phillies is concerning. But the good news is that there is improvement on the horizon. The returns of Chase Utley and Shane Victorino, along with a possible call-up of Domonic Brown and more playing time for John Mayberry Jr., would help the Phillies injury-depleted line-up immensely. However, until that time comes, fans will have to watch lower-tier pitchers (ie Jake Westbrook) pitch good games against the Phils.

The Phillies take on the Colorado Rockies to start another two-game set tomorrow night at Citizens Bank Park. Hopefully a return home will jump-start the offense and shake off a poor series in St. Louis.