Oh noes! How will we deal with the feeble outfield!?

"Ben Francisco has stepped in and so has Dominic Brown. Francisco has done a good job and I really like him, but maybe he is just not the right guy to have be that everyday starter. Plus, Raul Ibanez's time is starting to come to an end."

The author advocates the Phillies going after Bobby Abreu, which makes sense, because any team that accumulates aces needs to accumulate 37 year-old left-handed hitters who can no longer field.

The guy who wrote this has clear credentials, as he says he has been published on usatoday.com and cbs.com.  I think he means he wrote comments after the articles.  He has a great assessment of the Slideshow Factory too:

"Bleacher Report is the greatest website there is. The people who work for it are great and it gives aspiring sports writers a chance to pursue their dream, including me. I am serving as a Featured Columnist for the 76ers and the MLB doing my best at taking on assignments from the head staff." 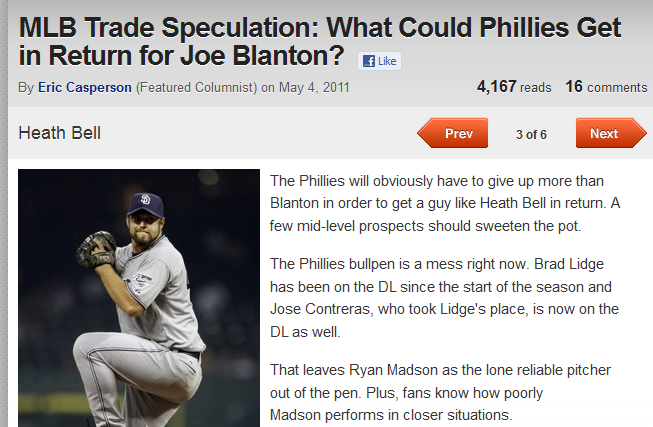 GREAT IDEA!  Trade a fledgling, injured fifth starter for the best reliever in the National League!   Not only are the San Diego Padres eager to take on payroll, but they want to give their best asset away for a .500 5.00 ERA pitcher who might be healthy again.

The other names the author suggests make a great trade:

Clearly, those names are of the same ilk as Heath Bell. 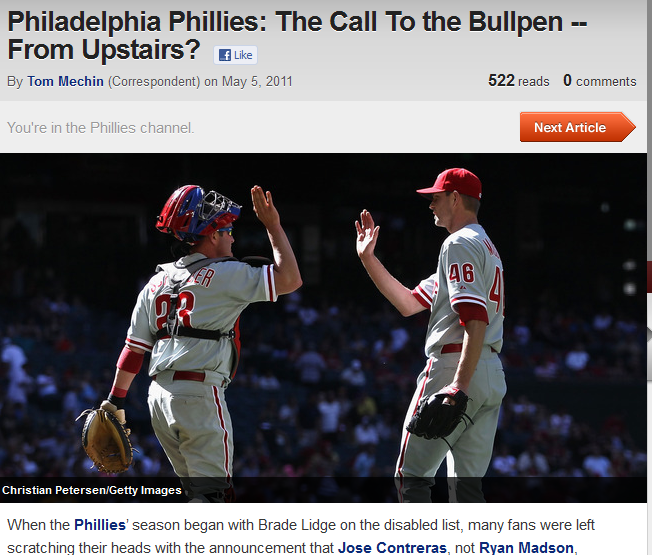 I don't have a lot to comment on this article, but I'm just curious who Brade Lidge is. 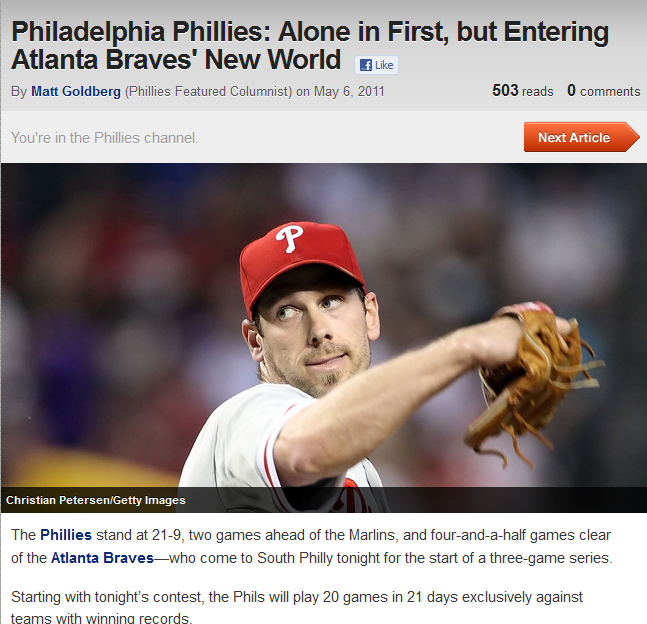 First thing about this one is that the headline is very cute.  "Brave New World"…like the book!

But, the way this article concludes is hilarious (I took out is info so not as to give him too much credit):

For more information on Matt —–'s new books, as well as writing, speaking and interview requests, please e-mail: [email protected]—– or contact him via his Bleacher Report homepage.

Maybe he could talk to a local college about blogging.