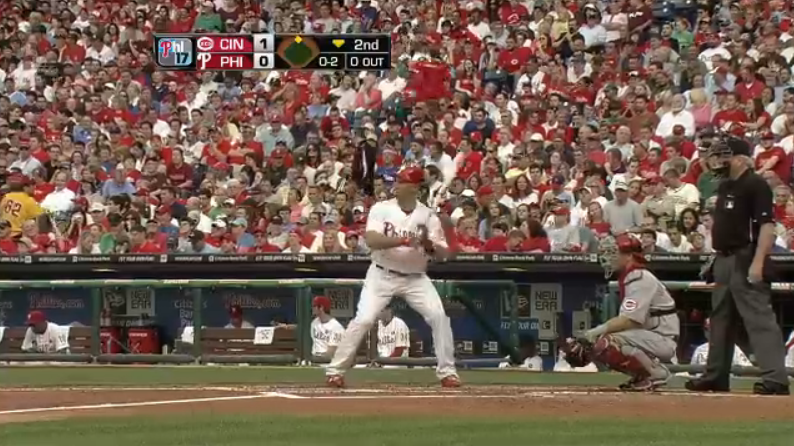 Commonly heard at Citizens Bank Park and and Twitter many times this year:

"I love Raul, but he is just too old to play anymore".

Well, let's compare some stats of a few players and see if we can put this into some perspective.

The numbers that may jump out at you right away are player B, which is the Phillies' Ryan Howard.  The run production does indeed set Howard apart.

Ibañez is player A.   For all the panicking and aggrivation, Ibañez has a higher batting average than Ryan Howard.   Does this spell the end of the world?

Player C is Jayson Werth.  I just figured I would throw him in there, mainly because I have heard how much the Phillies have missed his "protection" of Ryan Howard.   The Phillies have primarily relied on Ibañez for such protection as of late, and I cannot really say that Werth compared to Ibañez would produce many different results.

Heading into last night's game, Ibañez was hitting .353 in his last 19 games, with four home runs.   And, Ibañez went 3 for 4.  (I could do the math to recalculate, but I am a little lazy right now).

I told one panicking friend that Ibañez will still be good for his usual .270-.275, and he will drive in around 80 runs as he always does.   I still believe it.