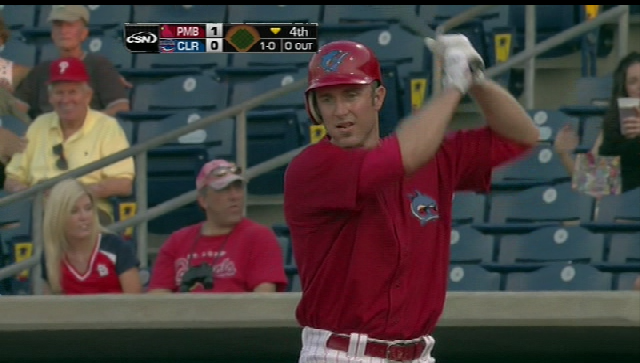 The oldest team in baseball keeps on living up to their title. As posted by our very own Adam Gonsiewski, here, yesterday it was announced that Shane Victorino (calf strain) and Joe Blanton (elbow soreness) will be placed on the DL.

It looks like Vance Worley will eventually make his way back to the big league club to replace Blanton. This move wouldn’t surprise anyone, as Worley has had some modest success in his time with the Phillies so far this year. It would also be a great opportunity to showcase the young pitcher some more in case the team wanted to dangle him in trade offers for a bat at the trade deadline. The Phils, however, may wait a few days as Worley wouldn’t be called on to start until Tuesday night anyway, and may call up an extra arm for the bullpen for the next four games. Update on this to come later.

As for who will take Victorino’s place on the 25 man roster while he’s on the DL, the clear choice amongst fans would be Dominic Brown. You would think that would be the safe move, however, Phils GM Ruben Amaro has stated that it won’t be Dom Brown.

Philliedelphia’s own Frank Klose (@FrankKlose) is down in Clearwater as we speak. Frank attended the Clearwater Threshers game last night and has noted that Chase Utley looks awfully good. Apparently minor league pitchers aren’t giving him much to hit down there, so he wouldn’t be surprised if Chase was the one called up.

I think he may have a point. Our team’s offense couldn’t be any worse now. The fans are disgruntled and getting impatient. What better way to get the fans happy again than to bring Utley back? It may just be speculation and a shot in the dark, but with the way this team keeps secrets anymore, it just might be an option.