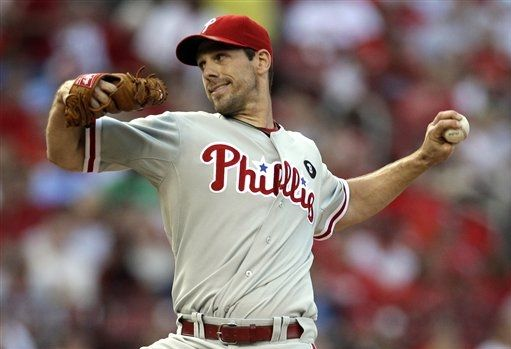 That man. Right up there. Clifton Phifer Lee.

An ace with huge ups. That just about sums up his outing.

The Phillies scored four runs behind Cliff to defeat Kyle Lohse and the Cardinals. Jimmy Rollins sent a changeup to the right field seats in the fourth for his seventh homer of the season, Ryan Howard launched an opposite field homer in the same inning for his sixteenth of the season, and Chase Utley popped up a sac fly in the ninth to score Shane Victorino from third.

Onto Cliff Lee. Well, to continue his hot June, he pitched his second consecutive complete game shutout for his eighth win on the season, and fourth consecutive win. He struck out three and walked one, allowing just six hits. In these past four quality starts of his, he holds a 0.27 ERA, making his season ERA dip under 3.00 to join Cole Hamels and Roy Halladay.