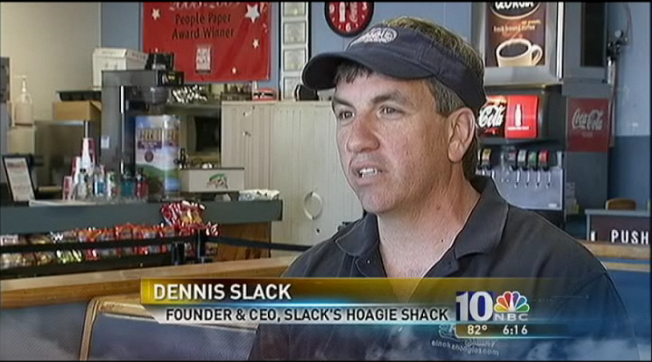 Yesterday, we wrote a piece about the t-shirt behind home plate that read, "ABC STOLE SLACK'S HOAGIES LOGO" as being Slack's Hoagie Shack's owner Dennis Slack responding to the ABC Network's show "Cougar Town's" hoagie shop logo being suspiciously similiar to his. 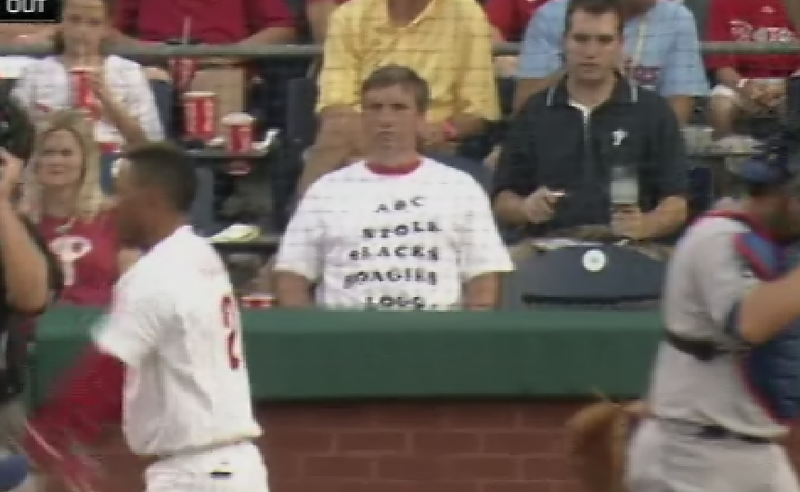 Today I caught up wtih Dennis Slack, who said the idea "came to him" after realizing that the Phillies were playing the Los Angeles Dodgers. 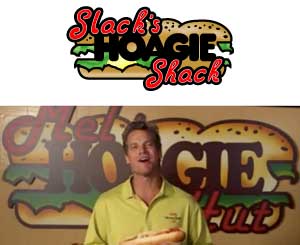 Slack has already had local media coverage, including this piece from NBC Philadelphia.   Slack's message was not for Philadelphians, but for the network executives in Los Angeles.  Slack wanted "to get word back to L.A. that I'm not sitting down for this one."

Slack created the logo around 1988 for his steak and hoagie shops, which now number 15 stores.

The NBC 10 piece indicates that they offered Slack a walk-on role on "Cougar Town" as compensation, after they at first indicated the "Mel's Hoagie Hut" was created "in-house" at ABC.  The piece also indicated that lawyers are costly, and "ABC knows that."

Some speculated that Slack was asked to remove the shirt, as he did not wear it from about the third inning until he put it back on in the ninth.  However, it was simply just a little hot.

"I took it off for the damn heat," Slack said.

Slack's daughters made him the shirt, he said.