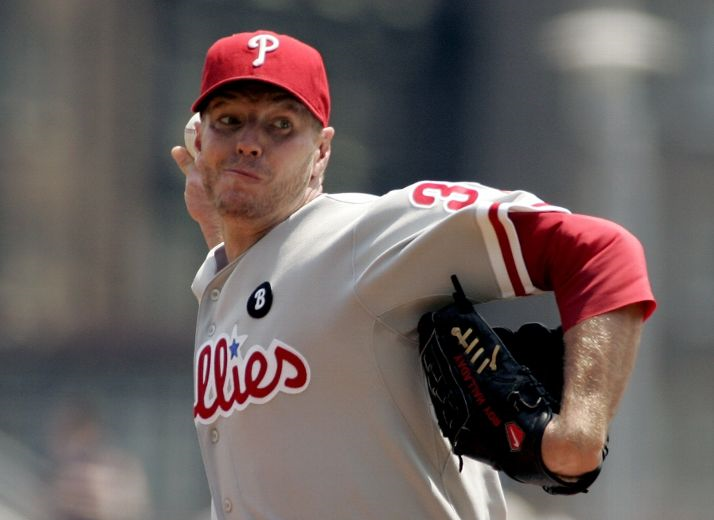 The Phillies hoped to avoid a sweep in Pittsburgh (I can't believe I just typed that) with Roy Halladay taking the bump against James McDonald this afternoon. The Pirates took an early lead in the first inning when Neil Walker homered to score Xavier Paul. 2-0 Bucs.

Chase Utley and Ryan Howard walked to start off the fourth inning, and Raul Ibanez lined out to score Chase. That was Raul's 1,000th career RBI. Carlos Ruiz was hit by a pitch, and Domonic brown had a golden opportunity to score Ryan Howard from third with his single up the middle, but the ball hit the umpire and Ryan had to go back to third base. Wilson Valdez tried to keep the inning alive, but, grounded into a double play to end it. It was an inning to forget.

However, the fifth inning was certainly a bit more interesting. After McDonald walked the first three batters, Halladay, Victorino and Polanco, Utley grounded into a force out at home. With the bases still loaded, Ryan Howard worked a 13-pitch at bat before crushing a ball to the deepest part of the outfield, scoring Victorino. Raul Ibanez was intentionally walked, and Carlos Ruiz was hit again, which scored Placido Polanco. Dom Brown grounded out to end the inning, but, the Phillies took a 4-2 lead and didn't even need a hit!

The Phils scored an insurance run in the eighth thanks to Ryan Howard's RBI single which scored Placido Polanco from second. Bases were loaded for Domonic Brown once again but he struck out to end the inning.

Doc pitched through seven innings allowing 2 earned runs off of six hits, walking one and striking out six. Jose Contreras replaced him in the eighth and allowed a run to score off of two hits (first earned run allowed in 2011) before being replaced by young, filthy Antonio Bastardo who retired the side.

Wilson Valdez and Ben Francisco both singled to lead off the ninth before Shane Victorino dropped in another single to score Wilson. Ryan Howard singled to score Ben from second making it a 7-3 game. Ryan Madson came in to close it out and did just that striking out two, ending the game.