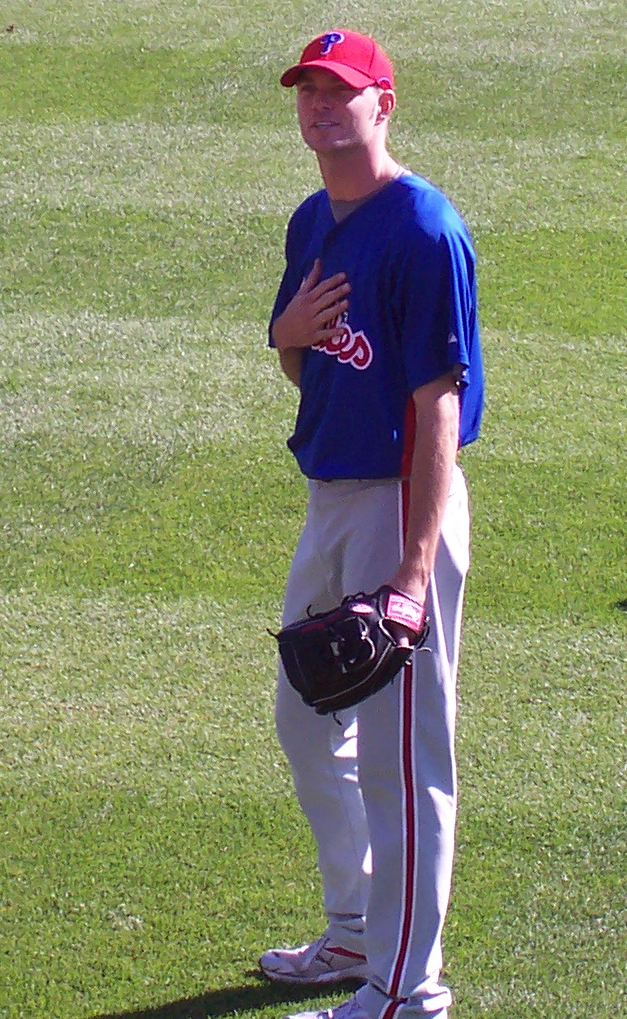 According to the Delaware County Daily Times' Ryan Lawrence via Twitter, Ryan Madson would prefer an All-Star appearance to the World Series. 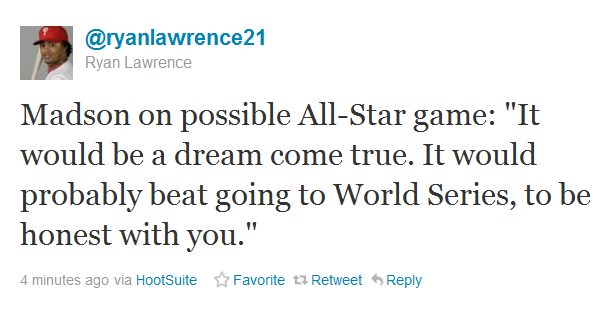 As Phillies broadcaster Larry Andersen often states, if a player is not driven by a championship, then his head is not in the right place.   While Madson is most deserving of an All-Star appearance, I am surprised he would at least admit as such.

Hopefully, he will be selected and continue to pitch well afterwards, because, in baseball, the World Series is all that matters.  If that were not the case, last season would have not felt like such a failure to the Phillies and their fans.

Another fun quote, via Randy Miller:

"I was keeping the balls (from my 1st 14 saves) in case they needed them in the HOF. After I blew that one, I just threw them away."

Madson very well could have been kidding.  He is known to joke around…