Phillies Fans, is the End of Divisional Baseball Near? 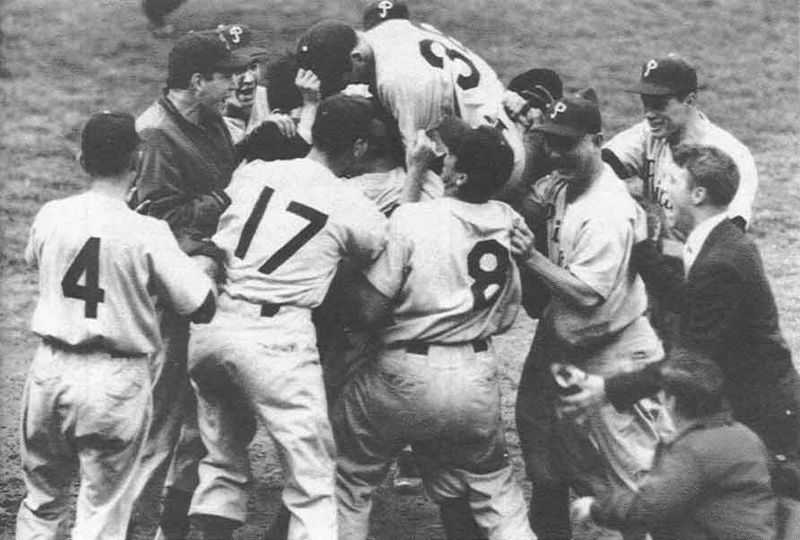 In 1950, on the final day of the regular-season, the Phillies won the National League Pennant.

In 2007, on the final day of the regular-season, the Phillies won the National League East.
So much of what people under 65 understand baseball to be is based on the divisional era. Yankees-Red Sox. Phillies-Mets. Cubs-Cardinals. Dodgers-Giants. In division rivalries that transcend the game, and turn the temperature way up for the fans. With that said, many of these rivalries long pre-date divisional baseball, a phenomenon that started when our parents were teens. It's not a set rule that we have divisional baseball, and it could be changed.
May be changed.
There is discussion of re-alignment, yet again. Five teams in the playoffs in both leagues, instead of four. Either the Astros or Marlins switching to the AL (and setting up rivalries with either the Rangers or Rays). No more divisions, simple top fives moving on. In other words, teams in the post-season who didn't "win" anything at all yet. A "second place champion" moving to the playoffs or something. A fourth-fifth "play-in" game. Crazy to me.
I don't want five teams in. I wouldn't mind going to a league standing, that's fine by me. I'd say limit it at most to four teams though. I know five makes more, but four is already watered-down. Let's not take it too far.
Topics
Uncategorized