Phillies Lose Ryan Madson to the DL... Uh, Now What? 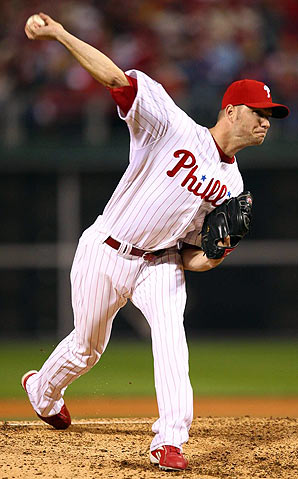 The Phillies have placed their closer Ryan Madson on the 15-day DL, retroactive to June 19th, reports several sources, including MLB.com's Todd Zolecki.  The move is the first non-chair related disabled list stint for Madson.

Then it gets a little dicey...

Madson's spot will be taken by RHP Drew Carpenter, who has been very effective in AAA this season, going 5-0 with a 1.58 ERA, mostly in relief.   Carpenter has had two previous stints in Philadelphia, with rather mediocre results.  This could be his last shot at the big leagues.

Usually, the first 7 or 8 innings are covered on Cliff Lee, Roy Halladay, and Cole Hamels starts.

Realistically, at 18 games over .500, the Phillies could play .500 ball the rest of the season and make the playoffs, so they should be okay, provided they heal.