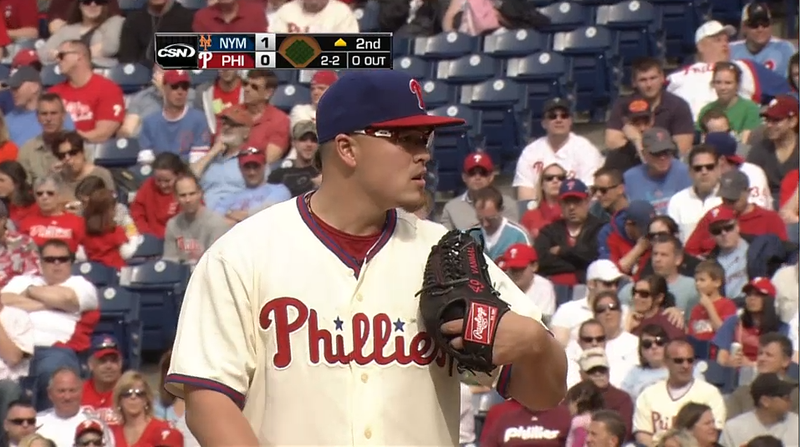 I'm going to be completely honest right now. I don't have an ounce of energy left in me and this game was just a total snooze-fest. Usually, I enjoy pitching duels in their entirety, but tonight, I just wasn't feeling it. The Vance Worley-Guillermo Moscoso matchup wasn't exactly considered a marquee one, but, they both pitched very well tonight.

Vance Worley had a tough first inning. He walked two and tossed 27 pitches, but made it out alive without allowing a hit, or a run to score.

Fast forward to the sixth inning, and Vance Worley is working on a four-walk no-hitter. It was broken up by former Yankee Hideki Matsui with a double. Speaking of no-hitters, Moscoso also pitched one through five innings before allowing a single to Placido Polanco in the sixth.

In the bottom of the ninth with two men in scoring position and two outs, Ben Francisco delivered a single to left field to bring home Shane from third, winning the game for the Phillies, 1-0. Michael Stutes took the win for his third in the past three games.