Then and Now: Janne Niinimaa 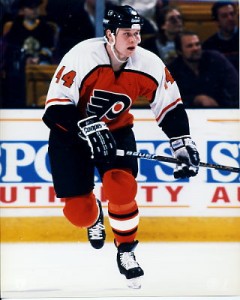 What do Chris Pronger, Kimmo Timonen, and Janne Niinimaa all have in common? They were all drafted in the 1993 NHL Entry draft. How many were drafted by the Philadelphia Flyers? Only Janne Niinimaa. Pronger went second, to the Hartford Whalers, while Timonen could be considered the hidden gem of the draft going 250nd to the Los Angeles Kings. Well, we know what Pronger and Timonen are doing with their careers now, but what about Niinimaa? Before the aforementioned question is answered, let us remember Niinimaa's brief time spent in Philly.

Spending three seasons with Jokerit in the SM-liiga after being drafted by the Flyers, Niinimaa made his way to the NHL roster for the start of the 1996-1997 season. Niinimaa played 77 games that season registering four goals and 40 assists, good enough to be ranked seventh on the team in points and to be named to the NHL All-Rookie Team. Seventh doesn't sound too good, but keep in mind the 96-97 Flyers also had Eric Lindros, John LeClair, Rod Brind'Amour, Eric Desjardins, Paul Coffey, and Dale Hawerchuk.

Helping the Flyers reach a record of 45-24-13, Niinimaa and his teammates geared up for a Cup run. In the 15 games leading up to the Stanley Cup Finals (4-1 over Pittsburgh, 4-1 over Buffalo, 4-1 over New York), Niinimaa had nine assists, a plus/minus rating of +8, and had the game-winning goal in Game 1 against the Rangers. The only thing left to do in his impressive rookie season was to end the city's (at the time) 22-year Stanley Cup drought.

The Flyers opponent for the Finals was another team trying to end a long Stanley Cup drought of their own in the Detroit Red Wings. Experiencing 42 straight Cupless years, Detroit's hunger for the Cup was felt in Philly as the Red Wings swept the Flyers. Despite a two-assist game in Game 2, Niinimaa finished the series with only three points and a plus/minus rating of -5. In addition, Niinimaa was turned inside out on Darren McCarty's Cup-winning goal, a play that many people will remember Niinimaa for rather than his rookie season numbers. 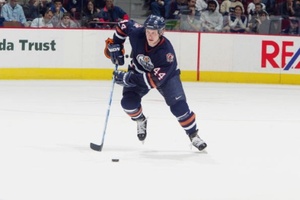 The next season, after 66 games with the Flyers, Niinimaa was shipped to the Edmonton Oilers in exchange for Dan McGillis and a 2nd round pick in the 1998 NHL Entry Draft (who turned out to be Jason Beckett). In 11 games for the Oilers to end the 97-98 season, Niinimaa had a goal and eight assists; McGillis had a goal and five assists in 13 games for Philly while Beckett never played in the NHL.

During the latter part of the 1998 NHL season, Niinimaa played for his home country of Finland in the Olympics. Niinimaa had three assists in six games as Finland grabbed the Bronze medal.

Niinimaa and the Oilers faced the Colorado Avalanche in the first round of the 1998 playoffs. Down 3-1 in the series, the Oilers came back to win the series. Niinimaa had an assist, a plus/minus rating of +5, and the series-winning goal.

Niinimaa's clutch scoring moved the Oilers on to the second round to face the Dallas Stars. Unfortunately, the Stars won the series in five games. Niinimaa had minimal impact on the series as he went pointless with a -2 rating.

Playing the next four seasons in Edmonton, Niinimaa became a staple on the blue line playing at least 81 regular season games in each of the four years. His most impressive year was the 2000-2001 season when he had 12 goals and 34 assists while being named to the NHL All-Star Game. Despite Niinimaa's respectable numbers and play during these four seasons, the Oilers couldn't make it past the Western Conference Quarterfinals. 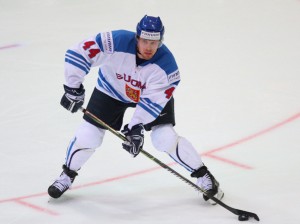 In 2002, Niinimaa again represented Finland in the Olympics. Although his home country didn't win a medal this time around, Niinimaa still posted good numbers assisting on three goals in four games.

After playing in his fifth season with the Oilers, Niinimaa found his way to a third different NHL team. This time, it was the New York Islanders. Niinimaa was shipped off to Long Island with a second round pick (who turned out to be Evgeni Tunik) in exchange for Brad Isbister and current Cup contender Raffi Torres. 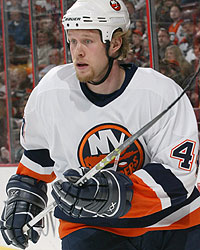 Playing under current Flyers' head coach Peter Laviolette and playing along Arron Asham, Mattias Timander, Randy Robitaille, and Garth Snow, Niinimaa had a goal and five assists in 13 games for the Islanders before they faced the Ottawa Senators in the opening round of the 2003 playoffs. The Senators beat the Isles in five games as Niinimaa had one assist in the series.

Niinimaa went on to play his only full season for the Islanders in 2003-2004 posting nine goals and 19 assists in 82 games. However, similar to the previous season, the Islanders had their Cup dreams smashed only five games into the opening round as they lost their series to the Tampa Bay Lightning 4-1. Niinimaa performed strongly in the brief series scoring his first playoff goal since his series-winning goal against Colorado in 1998 and posted two assists.

Like most NHL players during the 2004-2005 lockout, Niinimaa played in another professional league. His team of choice was Karpat of the SM-liiga, a team that included Jussi Jokinen, Mika Pyorala, Michael Nylander, Lasse Kukkonen, Pekka Rinne, and Niklas Backstrom. In 26 games with Karpat, Niinimaa had three goals, 10 assists, and was a +14 (his best plus/minus rating since his 1999-2000 season with Edmonton).

After spending time with Karpat during the lockout, Niinimaa moved on to Malmo IF of the Swedish Elite League (SEL). Playing with Richard Park, Radovan Somik, and Patrick Hersley, Niinimaa registered three assists in 10 games. Playing in 22 regular season games and four playoff games, Niinimaa had two goals and five assists in what turned out to be his shortest stay with any NHL team.

During the 2006 preseason, Niinimaa was traded yet again. In exchange for Mike Ribeiro and a sixth round draft pick in 2008, Niinimaa went to the Montreal Canadiens along with a fifth round pick in the 2007 NHL Entry draft (pick turned out to be Andrew Conboy). 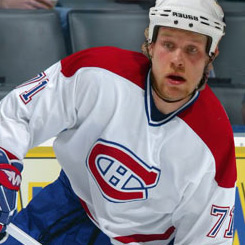 Niinimaa only played 41 games for the Canadiens before leaving for the Swiss-A league in the following season. Since Niinimaa only had three assists in those 41 games, the Canadiens were the only NHL team Niinimaa played for in which he had not scored a goal.

Playing with HC Davos of the Swiss-A league in the 2007-2008 season, along with Alexandre Daigle, Niinimaa's stat line had two astonishing numbers: assists and PIM. Niinimaa posted the most assists he had in four years with 28, but what may have been more surprising were his 127 PIM, hands down the most Niinimaa had in any season during his career.

Switching teams, but staying within the Swiss-A league, Niinimaa went to the SCL Tigers. Niinimaa only played in 20 games posting 18 points before leaving the team at the end of the season for HV71 Jonkoping. 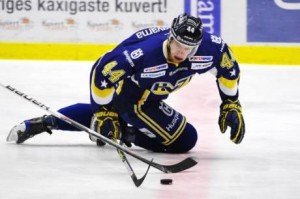 For the 2010-2011 season, Niinimaa played for his ninth different team in the seven years as he joined HF Lulea. After posting 30 points in 48 regular season games, Niinimaa would go on to have a goal and five assists in 11 games.

Niinimaa, despite playing in over 700 NHL games, is considered a bust by many as his numbers slowly declined over the years. A rookie season that showed much promise for a young puck-moving defenseman has resulted in a player who hasn't seen the NHL since 2006. It's hard to use the excuse that Niinimaa is too old to be competitive in the NHL since Pronger and Timonen are currently on our blue line. Despite not playing for a lengthy time in Philly, Flyers' fans will forever remember him for his part in McCarty's Cup-winning goal and question what could have become of Niinimaa.