Halladay Fatigued by Heat, Cubs Tack on Six against Phils 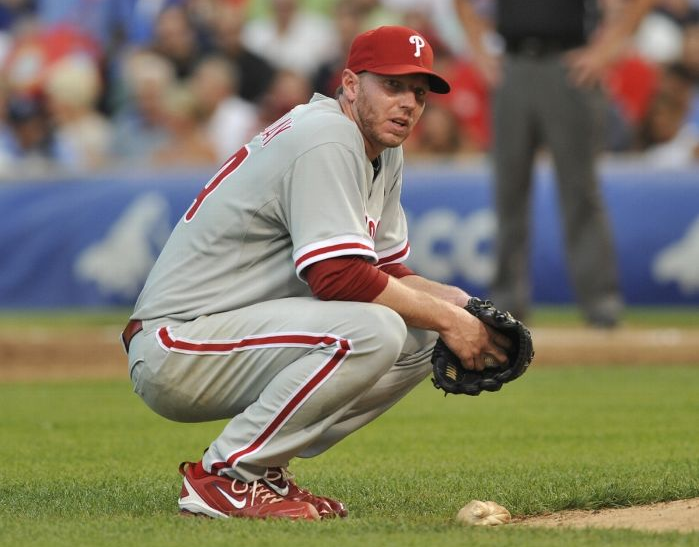 Brutal, brutal, brutal. The heat in Chicago was brutal. The Cubs were brutal. The Phillies' offense was brutal, and not in a good way. Looking ahead at this series, and examining how the Cubs have been playing thus far, it looked like an easy couple of games. Not so much for game one.

Roy Halladay was clearly uncomfortable throughout his short outing of four innings (69 pitches, 50 for strikes). He allowed three earned runs on seven hits, walking one and striking out one. He tossed 31 pitches in the third inning. In the fifth, Halladay had already taken off his undershirt, and changed his jersey, which was clearly drenched in sweat. He was absolutely gassed by the heat, thus exiting the game early.

The Cubs were already riding a 3-1 lead going into the fifth. Aramis Ramirez homered in the first for a solo shot, opposing pitcher Rodrigo Lopez scored in the third on a sac fly, and Carlos Pena singled to score Fukudome in the same inning.

The Phillies' lone run came from Jimmy Rollins' solo homer in the fourth inning. It was his ninth on the season.

The next couple of innings were simply unbearable. Who wants to see Carpenter and Herndon in a game that has already turned ugly? Especially when they're allowing a combined three earned runs on five hits? Drew Carpenter walked two, striking out one, while Herndon struck out two. 6-1 Cubs by the ninth inning.

Long story short, the Cubs tacked on 12 hits and six runs, defeating the Phillies who scored just one run on five hits. The Cubbies are now just 19 games under .500!

Tomorrow night, Cliff Lee will face Matt Garza in game two of the series. Let's hope the heat won't be as dreadful, for Cliff's sake!