Ryan Madson Says He Will Rehab in Clearwater this Week; Shows off his Mustache Tattoo

On "Behind the Pinstripes" today Ryan Madson said that he planned to pitch a few games in Clearwater this week and then join the Phillies in New York.

This is really good news for the Phillies, whose bullpen currently features Drew Carpenter, Scott Mathieson, David Herndon, Danys Baez, and Juan Perez, none of whom are experienced or inspire confidence (though of course Perez had a really awesome two innings this weekend so far).

Madson also used the opportunity to show off his mustache tattoo on the index finger of his right hand.   I'm pretty sure the "I'll show you how to throw this pitch" stuff was just a means to show it off. 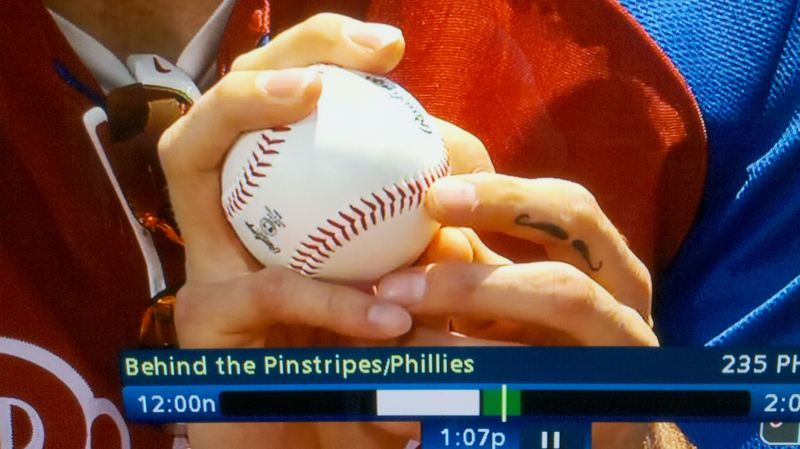 I, for the record, always wanted a tattoo that I could put up to my face to change my appearance.