Source: Buster Olney and Jon Heyman Tweeted Something You Probably Then Retweeted 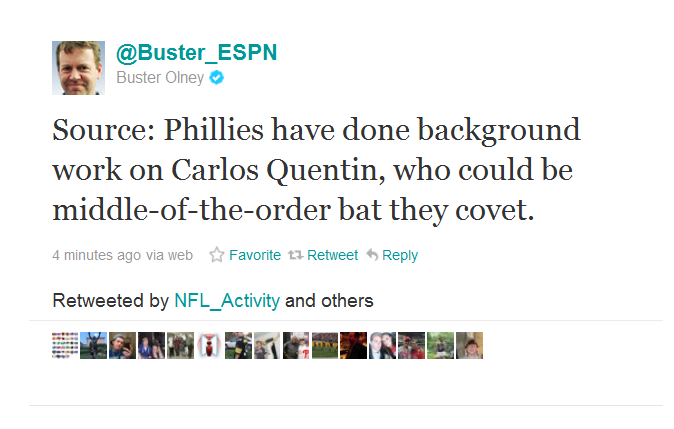 I took this snapshot just seconds after Buster Olney tweeted it.   Already, there were too many retweets to count them.

Yes, Phillies are interested in getting a right-handed bat.   And yes, they want a good one. 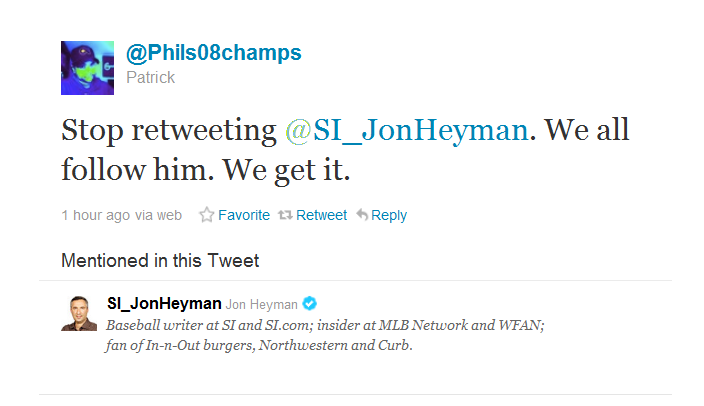