Then and Now: Radovan Somik 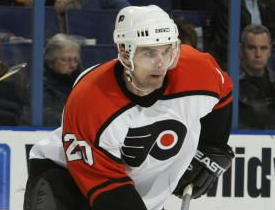 Alexander Selivanov will be remembered by most NHL fans as a decent winger for the Tampa Bay Lightning back in the mid 1990's. Currently playing for Bietigheim-Bissingen SC of 2.GBun in Germany, Selivanov has experienced being traded twice in his career. One of those two trades was being shipped to Edmonton in exchange for the infamous Alexandre Daigle. His other trade, back on September 6, 1994, was before he even played a game in the NHL. Selivanov was transferred from Philly to Tampa Bay in exchange for a 4th round pick in the 1995 NHL Entry Draft. With that pick the Flyers drafted Radovan Somik. 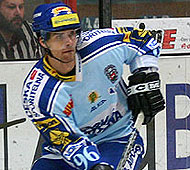 Just like everybody else during the lockout, Somik played in Europe. Splitting his time between two teams, Somik posted 24 points in 39 games. His first 31 games came with HC Vsetin, which is now VHK Vsetin of the Czech Second National Hockey League.

In those games, which featured teammates Roman Cechmanek, Branko Radivojevic, Jiri Hudler and Rostislav Klesla, Somik had seven goals and 16 assists. In the latter part of the season, Somik joined Janne Niinimaa, Richard Park, and Frans Nielsen with Malmo IF of the Swedish Elite League. Only playing eight games there, Somik scored one goal with no assists.

The following season, Somik left Sweden to play with Cherepovets Severstal, a team that is now known as HC Severstal of the Kontinental Hockey League. Somik played two seasons with the club before playing in the Czech National Hockey League. In his first season with Cherepovets Severstal, Somik had five goals and 16 assists in 37 games adding a goal and an assist in four playoff games. Posting similar numbers in his second season with the club, Somik had six goals and 18 assists in 53 games with a goal in five playoff games. 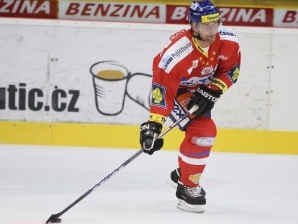 For the start of the 2007-2008 season, Somik joined HC Pardubice. Currently with the team, Somik saw his lowest point total with HC Pardubice in a season in 2007-2008. Posting just 10 goals and seven assists, in 49 games, Somik didn't participate in the playoffs for the first time since the 2004-2005 season.

The following year Somik redeemed himself, posting his second best season stat- wise with 27 points. However, the scoring touch he regained didn't show up in the postseason as he went pointless in seven games while his team lost in the first round of the playoffs. Unfortunately for Somik, this is the last time he's skated beyond the regular season to date.

This past year Somik kept up his scoring ways, setting a career high in goals with 16. With the addition of 15 assists, Somik had 31 points breaking the 30-point mark for the second season in a row. 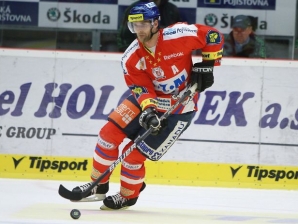 Just finishing his 10th professional season, it seems as though Somik has seemed to become more of a scorer than a third line type, which is what he was when he played in Philly. The numbers aren't that amazing, but he most certainly has evolved offensively from his time with the Flyers before the lockout. It wouldn't be out of the question to see Somik one day reach the 40-point plateau. He wasn't a Flyer for long, but with his help the Flyers were able to come within one win of reaching the Stanley Cup Finals back in 2004.