Vance Worley shuts down Marlins, Gets optioned to AAA after game 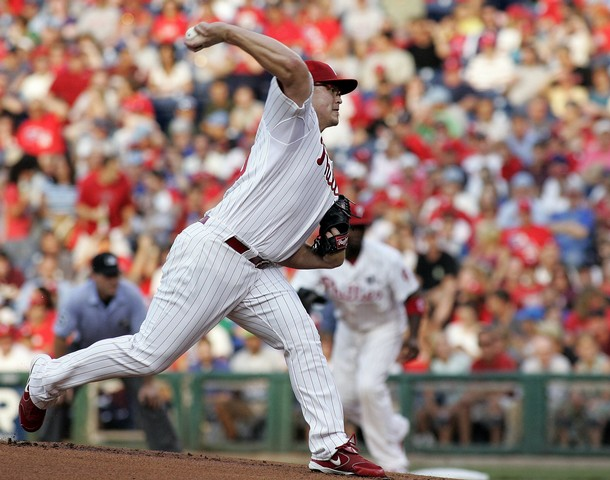 ﻿﻿Vance Worley threw seven shutout innings on Monday, as the Phillies beat the host Marlins, 1-0. Worley has allowed only two runs, in his last twenty-five MLB innings, lowering his ERA to 2.20. For his efforts, Worley was dispatched to the Lehigh Valley IronPigs after the game.

No cause for concern, however, as this is a temporary demotion. With Worley not scheduled to make another MLB start prior to next Tuesday's All-Star Game, he'll return to AAA to stay on his typical routine. Expect him to return to the Phils, after the All-Star break, when his spot in the rotation comes up again.

The Phils will likely use Worley's vacated spot on the active roster to reinforce the bench. With centerfielder Shane Victorino currently day-to-day, expect hot-hitting outfielder John Mayberry, Jr. to return to the Phils.