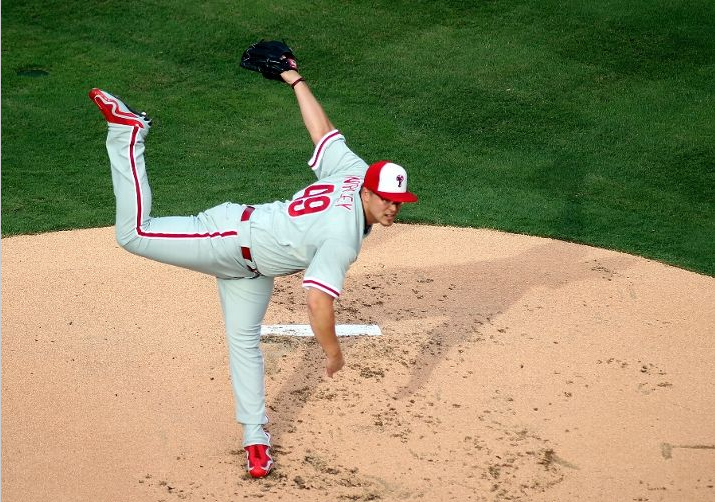 The Phils and Fish kicked off a three-game series tonight in Florida with Vancey Pants Worley on the mound against the right-handed Ricky Nolasco. Mike Stanton was certainly feeling confident before the game tonight judging by this tweet. Shane Victorino was out of tonight's lineup with a swollen thumb after yesterday's accident in center field.

Vance Worley and Ricky Nolasco were both pitching scoreless outings going into the seventh inning. With two men on for Michael Martinez, Domonic Brown slid home on Martinez's single, avoiding the tag, and scoring the first run of the game.

Michael Stutes pitched his typical 1-2-3 eighth inning, striking out one batter. Young, filthy, apathetic Antonio Bastardo closed it out. He walked one and struck out one.

Emilio Bonifacio and John Buck were both tossed from the game tonight. Bonifacio was ejected after arguing a call in the fifth inning. Vance Worley just barely missed the tag on Emilio, but the first base umpire called him out. John Buck was ejected in the ninth; he was not very happy about the home plate umps balls-strikes calls. Brett Hayes replaced him.

Worley took the win for his fourth of the season, and Bastardo saved his fifth game. Tomorrow night, Cole Hamels will go for win number ten again against Chris Volstad.