Phillies Win 5-0 over the Rockies; First Team to Reach 70 Wins 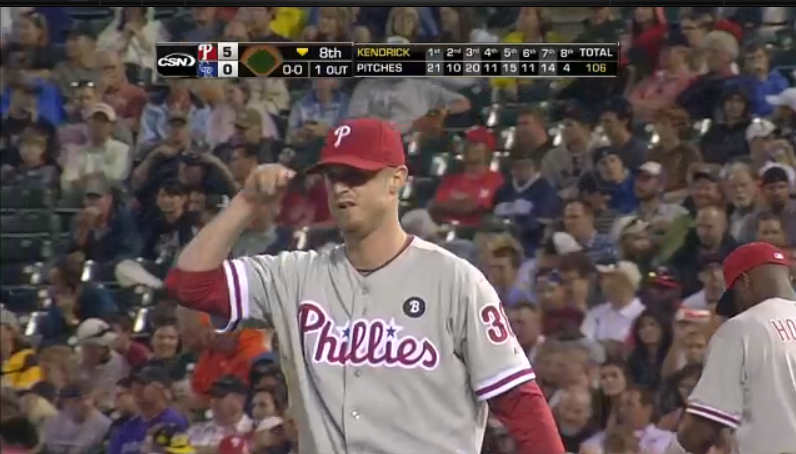 Happy Birthday to one of our writers, Danielle Wilson!

Kyle Kendrick with an excellent start as the Phillies continued their dominance with a 5-0 win over the Colorado Rockies. Yeah. You heard the name right. Not Halladay. Not Lee. Not Hamels.

Kendrick allowed four hits, walked two and struck out a career-high seven. His 117 pitches were also a career-high.

However, Aaron Cook left after the fifth inning with muscle spasms in his neck. He allowed four runs on five hits with three strikeouts and a walk.

As for the wonderful offensive: Hunter Pence’s first-inning RBI double gave the Phillies a 2-0 lead. He had a pair of doubles on the night and also had a sliding catch in the 9th inning.

Ryan Howard added a 432-foot bomb in the fourth and Brian Schneider contributed a sacrifice fly to score Raul Ibanez. The Big Piece added a second home run to make it 5-0 in the eighth inning off of Matt Lindstrom.

David Herndon retired the Rockies in order for the Phillies’ 70th win of the season, which is the first team to reach 70 wins this season. Phillies have 12 shutouts this season-leading the major leagues.