Some Possible September Call-Ups for the Phillies 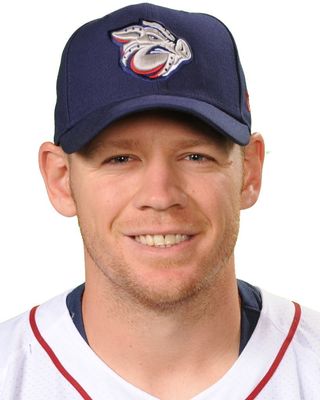 September call-ups will play an important role for this Phillies team. Major-league rosters expand to 40 players on September 1 and teams can call up 15 extra players from the minor leagues to give them experience at playing in the major leagues.  During this time, the Phillies can use some Triple-A/Double-A/High-A/Low-A players and give regular starters a rest down the stretch especially since they do not have a day off until September 29th.

The easy calls likely include Pete Orr, Scott Mathieson, Juan Perez (maybe not—he could be released) and Mike Zagurski, all of whom are on the team’s 40-man roster and have spent time in the big leagues this season. However, there are some players you may not know that just might find their way onto the big-league roster September 1 or after their minor-league playoff runs end:

Freddy Galvis, SS: Perhaps the one of the most interesting candidate for a call-up and is on 40-man roster. The Phillies can take a closer look at Galvis, if the Phillies do not resign Jimmy Rollins next season. This is an opportunity. Galvis started the season with the Reading after hitting .273 with a career-high eight homers. He was promoted to Leigh Valley. He is hitting .315 in his first 25 games. Do not forget, Galvis is most known for his defensive arm, but also has improved this season with his bat.

Brandon Moss,  OF: Moss has been up and down for years; he has played for the Red Sox and Pirates in the major leagues, however, he has spent most of his time in the minor leagues. He has smashed 23 home runs and driven in 77 runs for the Iron Pigs this season. You may see him, but he is not currently on the 40-man roster.

Dave Bush, SP:  He inked a minor-league deal with the Phillies earlier this month.  He’s looked sharp in three starts with Lehigh Valley, posting a 2.65 ERA. He could be in line to start a game during one of the doubleheaders (either Marlins or Nationals series). He has spent time with the Brewers. If you do not remember who he is then look up Matt Stairs homerun in the 8thinning to break up his no hitter. Yeah, that one.

Erik Kratz, C: He is a three-time mid-season all-star selection. He has set a career high best in offensive category — runs (56), hits (99), homers (15), RBIs (51), and walks (38) while hitting .288, his best mark in a season in which he's played more than 50 games. He's also tied for the team lead with 30 multi-hit games. (This was entering Friday game). Kratz's best work, however, might have come behind the plate. IronPigs pitchers have a 3.42 ERA with Kratz catching. He's also thrown out 29.2 percent of would-be base stealers- sixth-best in the International League.

Justin De Fratus, reliever: He is 2-3, 3.82 ERA with four save and  11 walks, 55 strikeouts for the IronPigs. He is on the 40-man roster, which it will be easy to be call up. He also has a chance to show what he can do in the majors for next season as well.

Phillippe Amount, reliever: He is one of the pieces acquired from the Cliff Lee deal in 2009. Amount has pitched in 17 games: striking out 35 batters over 21 1/2 innings of work. One thing he has yet to give up is a homer, but has allowed 9 runs on 21 hits. However, he is not on the 40-man roster, but can be a person of interest still if needed.