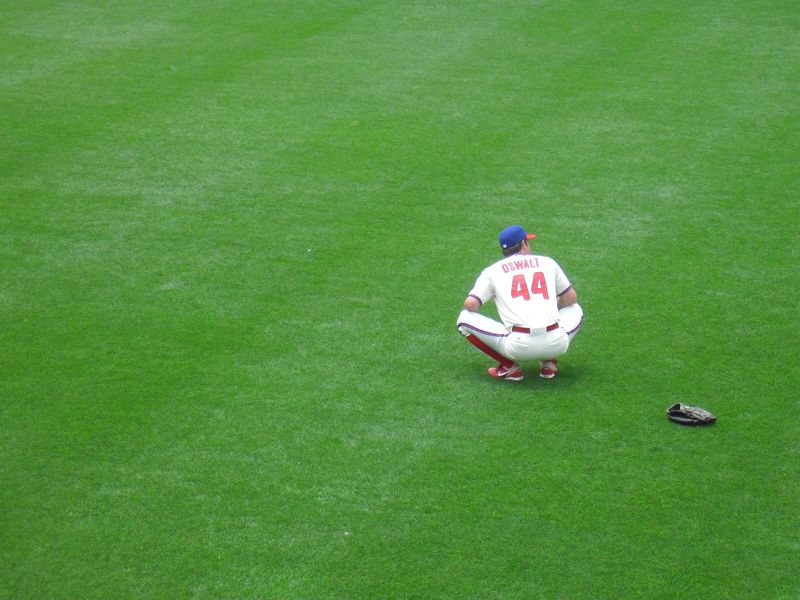 Guess who's back today? That's right, little Roy, our fifth ace. Phillies went for the sweep today in this four-game series against the Giants, but, things didn't go according to plan.

The Phils scored first today, Chase Utley singled in the third to score Roy Oswalt from second. San Fran tied it in the fourth on an RBI single from Stewart.

In the ninth inning, Ben Francisco (yes, he's still on the team!) doubled, but Brian Wilson retired the side afterwards. Phillies can't sweep and lose 3-1.

A few streaks were ended today for the Phillies: A nine-game winning streak, and an eight-game winning streak with Hunter Pence on the team. Onward to Los Angeles to take on the Dodgers for a three-game series before heading home.