The Merits of a Six-Man Rotation: Why The Phillies Should Consider it for the Short-Term 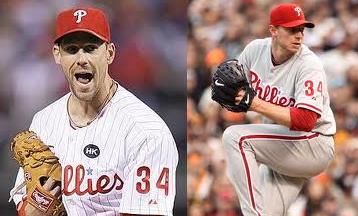 It is mid-August and the Philadelphia Phillies have had an amazing season thus far. They have arguably the best rotation in baseball. Following the games of August 17, 2011, the Phillies have an 8 ½ game lead on the Atlanta Braves in the National League East. Talk has surfaced in the media about the idea of using a 6-man rotation in the short-term to give the starters extra rest heading into the playoffs. I am going to explore the merits and downsides of such an approach and why I think it would make sense for the Phillies to do this in the short-term.

The Chicago White Sox have used a 6-man rotation this year because of  Jake Peavy’s fragility. It has worked for them and right now they are only 3 ½ games out of the division lead in the AL Central.  As I mentioned at the beginning, I don’t see this as a long-term strategy for the Phillies, just a short-term measure to keep the arms of our “horses” fresh. The shoulder inflammation Hamels is experiencing is concerning to me but if he needs to miss more than one start, calling up Dave Bush, who they just signed, is  an option. That’s why I strongly feel the Phillies should transition to a 6-man rotation for the next few weeks. I think if our starters are fresh and sharp, it could mean another World Series parade down Broad Street this year!

Lavoie, L. “Is The Six-Man Rotation the future of baseball?” Gossip sports, 6/11/2011http://gossipsports.com/is-the-six-man-rotation-the-future-of-baseball/

View All Posts By Laurie Dougherty

View All Posts By Laurie Dougherty