Then and Now: Ryan Potulny 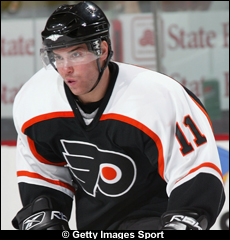 His time with the Flyers may have spanned over three seasons, but Ryan Potulny only played 44 games for Philadelphia in his career. From 2005-2006 to 2007-2008, Potulny split his time between the Flyers and the Philadelphia Phantoms playing 144 games between both teams. Since the end of the 2007-2008 season, Potulny has suited up for six different teams since his time with the Orange and Black. Let's look at Potulny then and now. 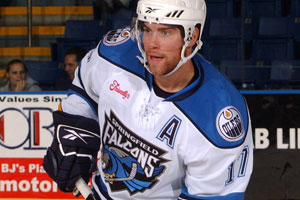 In June of 2008, Potulny was sent to the Edmonton Oilers for defenseman Danny Syvret. Potulny spent most of the '08-'09 season with Guillaume Lefebvre on the Oilers' AHL affiliate, the Springfield Falcons. Playing 70 of his 78 games that year in the AHL, Potulny would have his professional career highs in games played, goals, assists, and points. Scoring 38 goals and 24 assists with the the Falcons, Potulny also had three assists (two of which came against the Blues in January) in eight games with the Oilers that season. 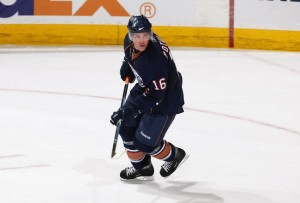 Staying within the Edmonton organization, Potulny played more games at the NHL level. Playing in 64 games for the Oilers, 56 more than the previous season, Potulny scored 15 goals and increased his assists from three to 17. Two of Potulny's 15 goals with the Oilers were game-winners, one of which he scored very late in a game against Philly in February of that season at Rexall Place. Playing in 56 fewer games for the Falcons, Potulny tallied three goals and five assists.

Despite more playing time at the NHL level, Potulny was released by the Oilers after the 2009-2010 season. In the beginning of September, he was signed by the defending Stanley Cup champion Chicago Blackhawks. Playing in only three games for the Blackhawks (one each in October, November, and December), he'd go pointless with a plus/minus rating of -1. In his 58 games with the Blackhawks' AHL affiliate, the Rockford IceHogs, Potulny had 18 goals and 23 assists for 41 points. 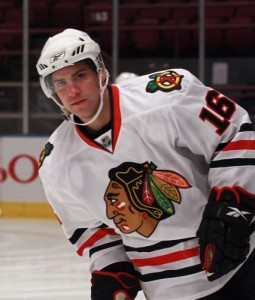 With the 'Hawks in need of a 6th defenseman nearing the trade deadline, Potulny was shipped to the Ottawa Senators along with a second round pick in the 2011 NHL Entry Draft for Chris Campoli and a conditional 7th round selection in 2012. 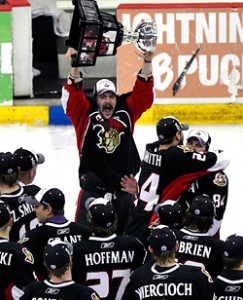 In his time with Ottawa, Potulny went pointless in seven games. However, his presence was felt with Ottawa's AHL affiliate, the Binghamton Senators. After scoring three goals and five assists in 13 games for B-town during the regular season, Potulny came through with 26 points to lead the Sens to their first ever Calder Cup.

"When you put a Calder Cup on your resume," Potulny told Elliot Olshansky of the New York Hockey Journal, "that looks pretty good. I just take the experience, and the battle level of the playoffs, how hard the guys competed, and what we all went through. I think there's a lot of experience, a lot of lessons to be learned."

On July 1st, Potulny signed a contract with the Washington Capitals for 2 years at $525,000 a season.

After his recent success and experience with the B-Sens on their way to the title, Potulny is looking for his first taste of NHL playoff action. The Caps, barring unexpected events, are going to the playoffs this season, so perhaps Potulny sees the ice for Washington come Spring of 2012.