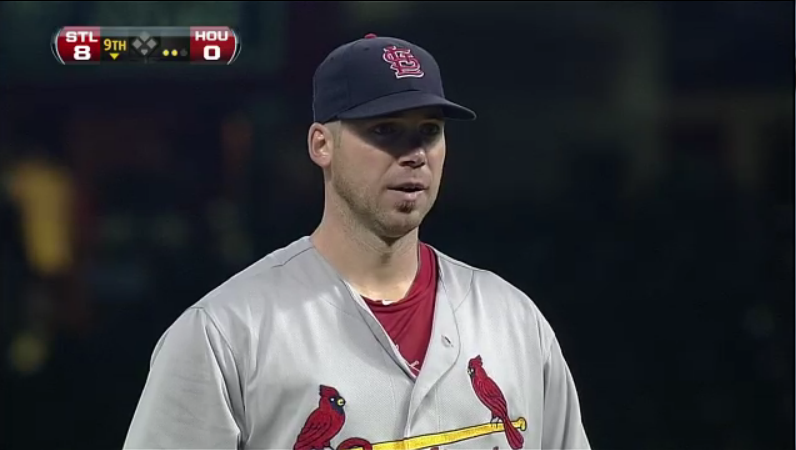 When St. Louis Cardinals Manager Tony LaRussa announced his postseason pitching rotation, there was jubilation- among the Phillies' fanbase. As Cardinals' ace Chris Carpenter pitched in the division-clinching win on Wednesday, he will be unable to pitch until Game 3. But LaRussa also made the surprising move of holding his 2nd best starter, lefthander Jaime Garcia, until Game 4. Given that this is a five-game series, LaRussa faces the possibility of not even being able to use his #2 starter. Is this a case of LaRussa being "too smart for his own good", or has his selected pitching order actually increased his team's chances of winning the series?

Some important business, before we look at some numbers:

Let's look at the Cards' "ideal" pitching rotation (The order that pitches the "best" available pitchers (no short-rest starts) as soon as possible, and as often as possible.):

We've determined that the "ideal" rotation gives St. Louis a 36.4% chance of winning the series. Are they better off with the pitching rotation LaRussa has chosen?

LaRussa's strategy may, or may not, be a smart one. It may, or may not, be successful in the one five-game series being played. But it doesn't appear to be a stupid strategy, as the current popular opinion appears to be. Plus, there very may well be more factors that LaRussa is considering, of which we are currently unaware.