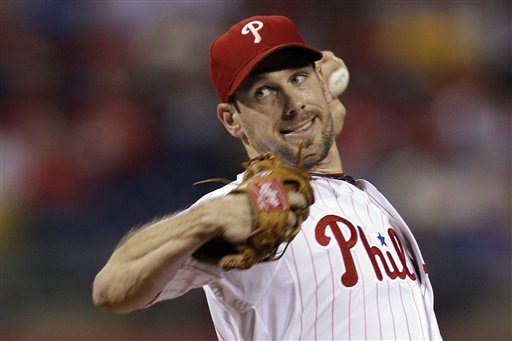 And the final score: 3-0 Nationals

I know it's meaningless baseball, but, were the Phillies even giving a shit out there? Looked like May ball to me, you know, the slump month. Following two straight losses against the Cardinals, and a loss this afternoon in the first game of the double header, another loss isn't exactly what the Phils were looking for.

Danny Espinosa started this trainwreck with a solo shot to right-center in the second inning. It was his third of the season against Cliff Lee, the most of any batter this year.

In the sixth, Detwiler singled to score Espinosa, adding to the Nats' lead. Another run scored in the seventh, this time on a ball that hit Jayson Werth in the elbow, sailing to foul territory past the third base line on a pick-off attempt. Werth was later placed on the disabled list as day-to-day with an elbow contusion.