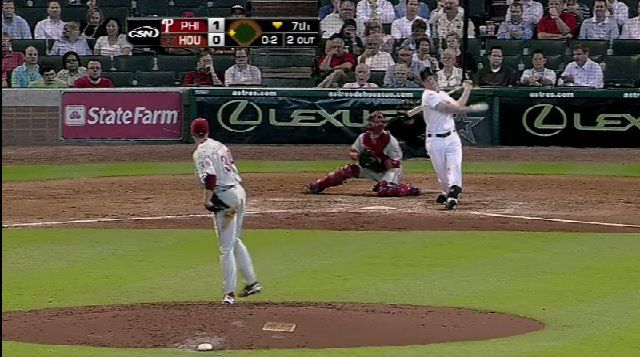 I was beginning to wonder when the sweeping would come to an end. First the Astros swept the Phils in August of 2010, then the Phillies got them back in the opening series of 2011, now this? The Phillies barely made it out this afternoon alive as they went on to win the final game of this series, avoiding the sweep.

It only took Bud Norris four pitches to give the Phillies the lead in the first inning as Victorino scored from second on Polanco's RBI single. Two pitches for Shane, two pitches for Placido.

Roy Halladay pitched a beautiful complete game shutout, his first of the year, for his 18th win on the season. With that happening, the Phillies have clinched a playoff berth for the fifth straight year, and they're not done just yet.