This is Getting Pathetic 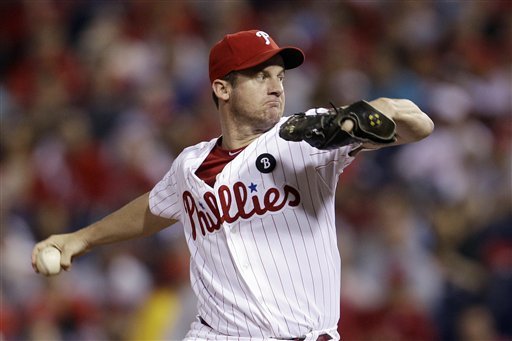 It was the final game of the regular season at Citizens Bank Park tonight. You know what that means: Fan Appreciation Night and the first batch of rally towels. The Phillies were facing their first sweep of the season, and it would come in a four-game fashion…against the Nationals.

What the Phillies failed to mention to the fans who were appreciated is that all of this fun came with another extremely depressing loss.

The Nationals hopped on an early lead once again. In the third inning, Ian Desmond doubled to right to score Rick Ankiel. Roger Bernadina singled to right scoring Ian Desmond following the previous double. John Bowker, who started in right field tonight, collided with Chase Utley on the play.

The Phillies bats were nearly silent. The only two hits of the game prior to the eighth inning came from Carlos Ruiz and his high socks. They must've ignited a hot bat for Carlos. Brad Peacock only threw 69 pitches in six innings. He walked two, and did not allow a ball to leave the infield.

As Jim McCormick pointed out on Twitter, with Oswalt's loss tonight, this marks the first losing record that he's had in his entire career.

In the eighth inning, when Roy Oswalt's pitch count was approaching 100, Roger Bernadina doubled, again, to score Ian Desmond…again. After Roy walked Ryan Zimmerman, he waved off Charlie Manuel and remained in the game. Big mistake. Mike Morse took him yard to put the Nats up 6-0. His home run bounced into the Phillies' bullpen, hitting Mike Stutes. It was a Mike-to-Mike homer. That's when Brad Lidge came in to finish off the inning, striking out Laynce Nix.

Joe Savery came in for the ninth inning, and retired the side striking out Danny Espinosa. With two outs in the bottom of the ninth, John Mayberry hit a stand up double to left field. He was the only Phillie not named Carlos Ruiz to get a hit tonight. Carlos Ruiz went 3-3 tonight, doubling to score Mayberry in the ninth, putting the Phillies on the board. Ben Francisco would then proceed to help the Nationals with the sweep as he popped-up to end the ballgame.

The Phillies were swept for the first time since August of 2010. They'll continue to reach for win number 99 tomorrow against the Mets up in New York. Cole Hamels will take the hill against R.A. Dickey.