Where Did You Go, Shane Victorino? #Phillies 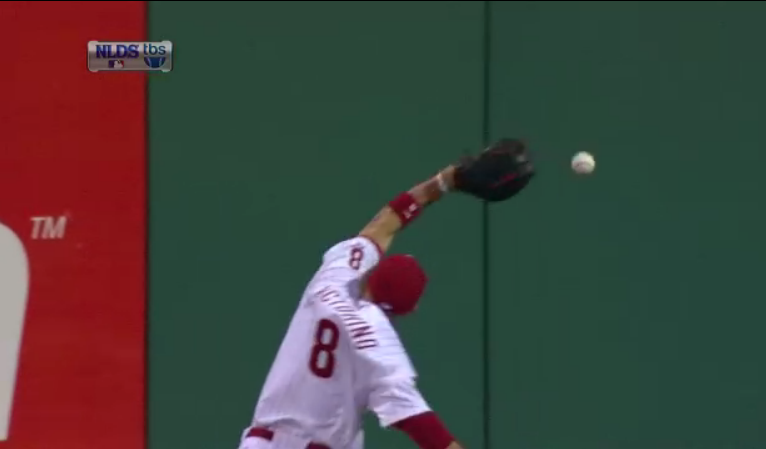 Allen Craig triples off of Shane Victorino's glove in the 7th inning.

Once the most productive hitter in the lineup just a short time ago, it has been a while since Victorino has contributed much of anything to the Phillies offense.

At the end of play August 23, Victorino was hitting .314 and there was league MVP talk for the Rule 5 pick-turned All Star.   Since then, he has been in a tailspin.

Since the end of play that day, Victorino is 24 for 134, or a .179 average.   After going 3 for 4 in the series opener Sunday, Victorino seemed to return to form in his 0 for 4 performance last night.   The frustrating part is not the batting average, but his approaches to the at bats.

In his third at-bat, Victorino took the first three pitches before swinging, as if he went up there with the thought, "I need to see more pitches.  Ok, that's enough, time to swing."

Granted, this is a small sample size, but swinging at 60% of pitches will not work long-term.   Reputed free-swinger Jimmy Rollins had 12 pitches thrown to him yesterday, and swung at four.  He finished the day 3 for 4.

Victorino's defense seemed to suffer yesterday as well.  Allen Craig opened the 7th inning with a line drive to center field.   Victorino took a bad route to his right, but the ball was to his left.  By the time Victorino did get to his left, he was too late, and the ball bounced off of his glove for a triple.  Craig ended up being the winning run.

So what is the problem exactly?  Victorino's injuries did not seem to get in the way of top-notch play when he was still hampered by them.  Could he be tired?  Mentally? Physically?   Let's hope the day off helps him focus and return to the all-star player he was most of the season.

P.S.: I know there are others to blame in last night's loss.   Cliff Lee.  Placido Polanco.  The whole offense after the second inning.  There will be other other blogs forthcoming should anyone else scuffle.  Polly, I'm watching you…