Eagles Flyers Phillies Sixers About Us Write For Us
Papelbon deal settled, says "there was no hesitation"
The Phillies Will Be Heard on the FM Dial in 2012

Where In The World Will Sandberg Be in 2012? 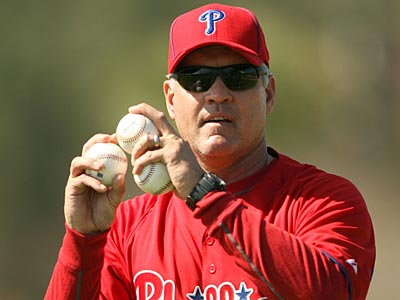 Last time I wrote something about Ryne Sandberg, he was being interview or being considered by two major leauge clubs. However, things have changed. Since the Cubs do not want a manager without coaching experiences in the majors, Sandberg is out. The Cardinals also considered Sandberg, but they already hired a new manager, former catcher Mike Matheny.

Where does that leave him?

Sandberg belongs to the Phillies. He could be the best choice to be the successor when Charlie Manuel contract expires in 2013. And fans already love him here in Philadelphia since he has done a great job with the Iron Pigs.  However, there is a chance where Sandberg could be offer a coaching job on a big-league staff. Let's hope not. I will keep you updated if anything changes.