Eagles Flyers Phillies Sixers About Us Write For Us
3 on 3 for the week of 12.25.2011
Ryan Howard Set to Begin His Journey Back from Achilles Injury 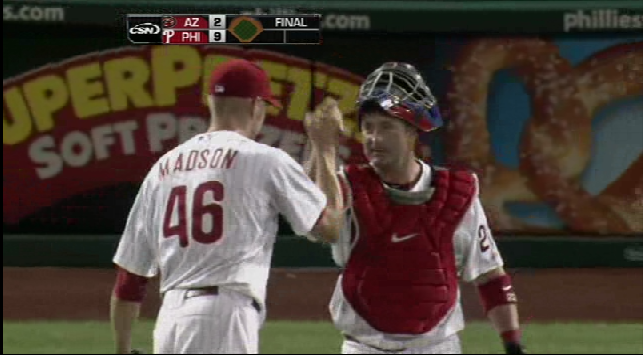 One year ago superagent Scott Boras had a proven closer available.  Just like this year, the market dried up and Boras ran out of teams who needed a closer.   So, just what did Boras do with Rafael Soriano?  Soriano signed a deal with the New York Yankees to set up for Mariano Rivera.

Rafael Soriano was a closer with a track record superior to Madson, having a stellar season in Tampa Bay after several years in a half set-up/half closer role in Atlanta.  Soriano was indeed a solid reliever on the open market with nobody biting at his line.  Soriano received a three-year contract from the Yankees, with an opt-out clause each year should the market be ripe.

Ryan Madson is worthy to be somebody's closer.  The only real option left on the market would be the Anaheim California Los Angeles Angels of Anaheim, who may wish to add a reliever if they are not comfortable with Jordan Walden as closer.  However, the Angels added LaTroy Hawkins from the right side and have Scott Downs on the left side.  Francisco Cordero is a cheaper option on the market if they want that extra security blanket for Walden.

Madson probably is not a priority high enough to demand anywhere near the money agent Scott Boras would desire.

At this point, Madson may have as few as two options:

Next year's market may have stronger demand for a closer.  Mariano Rivera's career just may finally end and Rafael Soriano just may opt out.  Teams with money such as the Angels or Nationals may discover that their Jordan Waldens or Drew Storens are not top-notch closers.

Prior to the deadline, I thought it would have made sense for Madson to accept arbitration.   He chose not to.  However, the likely arbitration number I suggested around $8-9 million for a one-year contract might work with Madson, should he pursue option two and re-sign with the Phillies.

The Phillies do have a little money left over.  They know their window is closing.  So, why not go all out and sign Madson to a one-year deal?

How does this bullpen look to you?

I tend to believe that Joe Blanton will have another injury-ridden season and that Kyle Kendrick will make many starts, leaving room for the Herndon/Schwimer/DeFratus spot that would be bumped out of the bullpen by re-signing Madson. 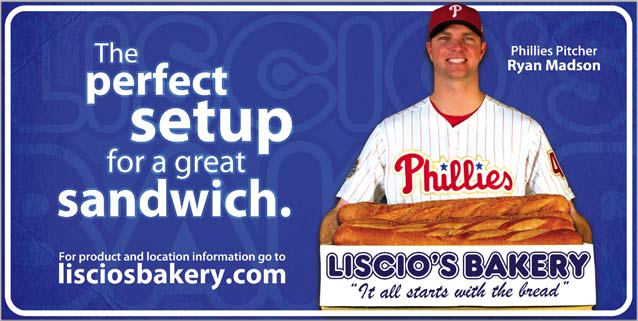 Ryan Madson can continue his Liscio's Bakery blog, too!