Likely Bullpen Scenarios in 2012: Will the Phillies Pick Up Another Arm? 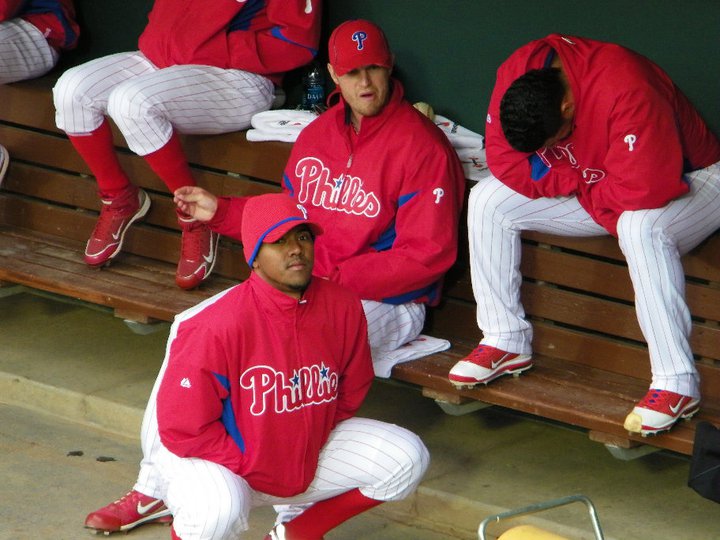 With additions like Dontelle Willis and Jonathan Papelbon, the places of a lefty set-up man and closer are taken. It was recently reported by multiple sources that the Phils are talking to both Kerry Wood and Brad Lidge. Necessary or no?

The 2011 season ended with a bullpen full of young arms that could hold down the fort rather well. Stutes, Aumont Herndon, Bastardo, Savery, Schwimer, and De Fratus sounds like a bullpen that we would all love to see in the future. In fact, I was looking forward to seeing the same exact bullpen in 2012.

Let's assume these players are healthy on Opening Day and are all on the active roster (John Bowker excluded with the possibility of him going to Japan):

That leaves six spots open for the bullpen. Imagine if the Phillies do come to terms with Lidge and Wood. Or Madson, for that matter. It's still a possibility.

A few of the young arms aren't going to have a chance until someone is placed on the disabled list (knock on wood.) I don't know about you guys, but this is a bit of a disappointment to me.

The current status of Jose Contreras and Joe Blanton are questionable. Should Blanton further harm the nerve damage in his elbow, Kyle Kendrick would take his place in the rotation, leaving a spot open in the 'pen. And if Contreras runs out of gas and needs to end his career, that leaves another spot open.

Dontrelle Willis, a lefty, is a good use for an eight inning guy. If two spots happen to be open with a bullpen of Papelbon, Herndon, Bastardo, Lidge and/or Wood, we could see the return of Schwimer, De Fratus, or Savery.

I'm feeling pretty confident about the pitching staff heading into the 2012 season. Should Blanton and Contreras miraculously have an excellent spring training, we wouldn't need Stutes or guys alike in the bullpen.However, if Joe and Jose do end up on the disabled list, the Phillies certainly have some excellent reinforcement.