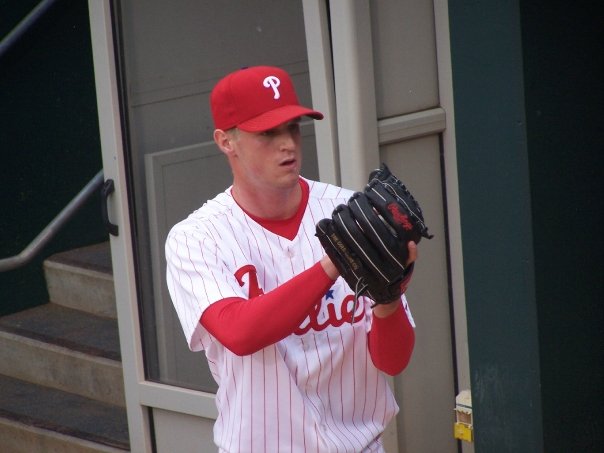 The Phillies avoided arbitration with Kyle Kendrick on Friday, agreeing to a $3.585MM deal for 2012. The right-hander is expected to serve as a long reliever, and as insurance for the starting rotation. Kendrick, who made $2.45MM in 2011, would likely have made between $3 and $4MM in arbitration, so $3.585MM seems a somewhat reasonable compromise. However, should the Phillies have offered Kendrick arbitration in the first place?

How good has Kendrick been in recent years?

Looking at these stats, it looks like Kendrick had a bad 2010, followed by a strong 2011. But ERA can be a somewhat deceptive stat, as it often affected by factors outside of a pitcher's control. More importantly, ERA is not particularly useful as a predictive stat, and the Phillies need to determine how valuable Kendrick is likely to be in 2012. Let's look at some additional stats, some of which have a bit more predictive value than ERA:

(BABIP is "batting average on balls in play." A pitcher with neutral luck should expect to have a BABIP of about .300. Pitchers with a BABIP below .300 has been lucky, and it is likely that their BABIP will regress towards .300, in the future. This regression would likely result in a higher ERA.)

(LOB% is "left on base percentage." A pitcher with neutral luck should expect to have a LOB% of about 70%. Pitchers with a LOB% above 70% has been lucky, and it is likely that their LOB% will regress towards 70%, in the future. This regression would likely result in a higher ERA.)

(xFIP is a predictive statistic that attempts to show what a pitcher's ERA would have been, if it was adjusted for the effects of factors outside a pitcher's control. It assumes an average BABIP and LOB%. If you are attempting to determine how well a pitcher is likely to perform in the following season, xFIP is a much better choice than ERA.)

One more important point: Kendrick hardly strikes anyone out. His K/9 rates are consistently among the worst in the NL. As someone who rarely records strikeouts, Kendrick is extremely dependent upon his BABIP luck, since most opposing batters put the ball in play.

While BABIP/LOB% could have an advantageous (or disadvantageous) effect on Kendrick in 2012, his ERA will most likely be in the 4.5 range. It seems that $3.585MM is a bit much to pay for a 4.50 ERA pitcher, but what were the alternatives to offering arbitration to Kendrick?

Earlier this offseason, the Phillies signed veteran right-hander Dave Bush to a non-guaranteed contract, with an invitation to Spring Training. If Bush makes the parent club, he is likely to earn in the $600K- $1MM range. Bush posted a 2010 xFIP of 4.72 (Kendrick: 4.62), and a 2011 xFIP of 4.20 (Kendrick 4.42). Bush and Kendrick could be expected to post similar 2012 numbers, though Bush stands to make at least $2.5MM less. The Phillies could have hedged a bet on Bush by adding some additional arms on non-guaranteed minor league contracts.

Oswalt's worst xFIP was in an injury-plagued 2011. But the 3.95 xFIP Oswalt posted last season (career xFIP: 3.58) was still substantially better than Kendrick's 4.42 xFIP. Oswalt will likely be far superior to Kendrick in 2012, and is certainly worth the extra $2.5-4.5MM in expected 2012 salary.

Alternative #3: Sign Kyle Kendrick, or another free agent pitcher with similar expected 2012 stats, to a deal in the $1.5MM range.

When the Phillies had to make their arbitration decision on Kyle Kendrick, it did not seem likely that a pitcher of Roy Oswalt's stature would be available for a one-year commitment. But pitchers similar to Kyle Kendrick (like Bush) were available at a fraction of Kendrick's arbitration cost. While that extra ~$2-$3M may not seem like a lot, the Phillies are closing in on the luxury tax threshold, a payroll level they are unlikely to exceed. The opportunity cost of signing Kendrick at $3.585MM may be the inability to afford a $4MM setup reliever/partial salary dump 3B (David Wright?) at the trade deadline. More importantly, whether you are extending the contract of a first baseman, or avoiding arbitration with a long reliever, paying ~350% over market price is just not smart business.