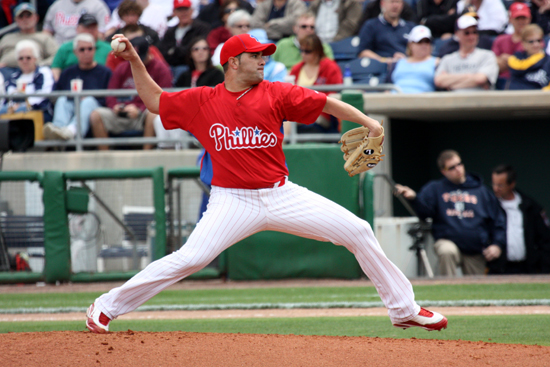 Baez previously pitched for the Cleveland Indians, Tampa Bay Devil Rays, Los Angeles Dodgers, Atlanta Braves, and the Baltimore Orioles. After spending most of his career hopping teams, Baez signed a two-year deal with the Phillies before the 2010 season. Phillies fans did not think fondly of Baez as he posted a 5.81 ERA in 83.2 innings over two seasons. The Phillies released Baez in August of 2011 after he posted an ERA of 6.25 in 29 appearances.

One point in Baez’s tenure in Philly that will mostly be remembered is his five shutout innings in the 19-inning game against the Cincinnati Reds on May 25th. Baez’s five-inning performance led Wilson Valdez to pitch in the 19th inning. The Phillies went on to win it in the bottom half. Even though Valdez was credited with the win, Baez did in fact give the Phillies the best chance to win.

Erik Seybold is a Contributor for Philliedelphia. You can follow him@ErikSeyboldPHI.

Wisdom in the mind is better than money in the hand