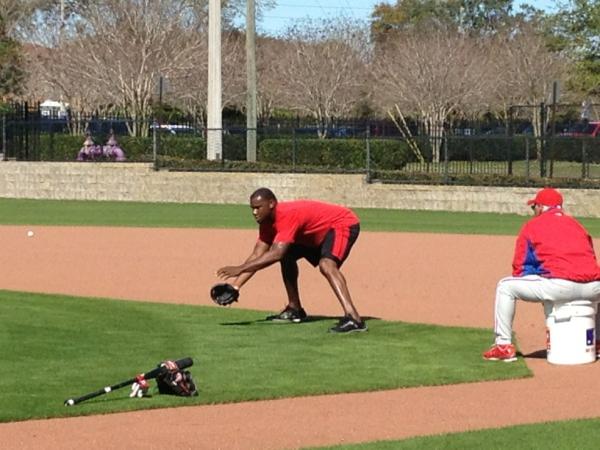 Ryan Howard has a new contract. No, not with the Phillies. Sorry if I led you on wrong, but I couldn't resist. But seriously, Howard has signed a contract with the Baltimore-based sporting equipment company Under Armour.

Howard has notably endorsed Adidas over the past few years, but he did say on Friday that he will be signing an endorsement deal with Under Armour. Howard will sport Under Armour sneakers, cleats, batting gloves, and wrist bands this season. It is unclear how long the deal is and how much it is worth.

Howard will also be wearing a new mitt this season. He used to sport an Adidas logo on his mitt, but has been most recently been using a Rawlings brand mitt. He met with a Rawlings representative on Friday.

As of now, Howard and the Phillies are easing back into the groove of things cautiously. Howard began taking ground balls and batting practice earlier this week at a slow pace. Phillies management has ruled him out as the Opening Day first baseman, and he could be back on the field by as early as May 1st.

Plus I always had a homeroom and all the paperwork that entails.