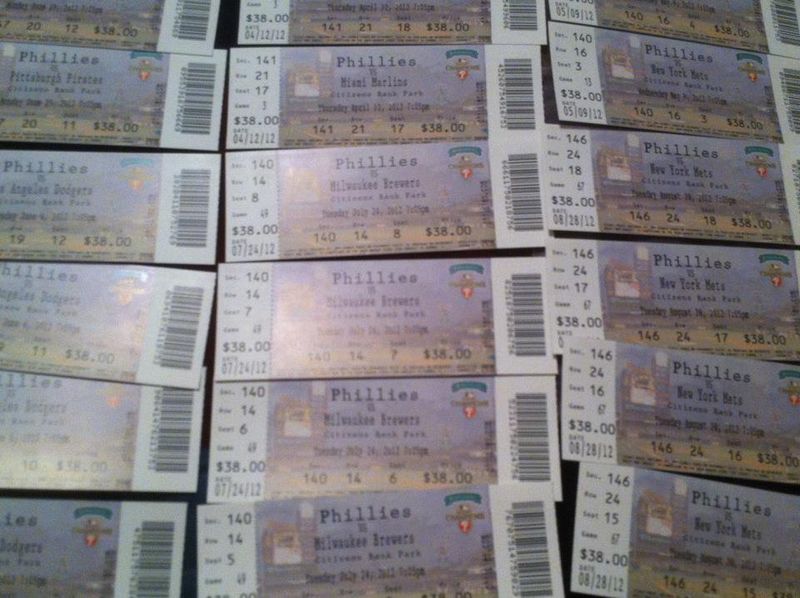 Beginning at 8:30 a.m tomorrow morning, single game tickets for the 2012 season will go on sale. Along with regular season games, the On-Deck Series (April 2-3) will also go on sale.

Last season, all 82 home games sold out in little than three hours. This season, tickets are expected to go even quicker.

You can order tickets online at phillies.com.

There are many ways to buy your tickets.

On Monday, April 9, the Phillies will host the Marlins in the 2012 Home Opener. All attending fans will receive a 2011 NL East Champions Pennant.